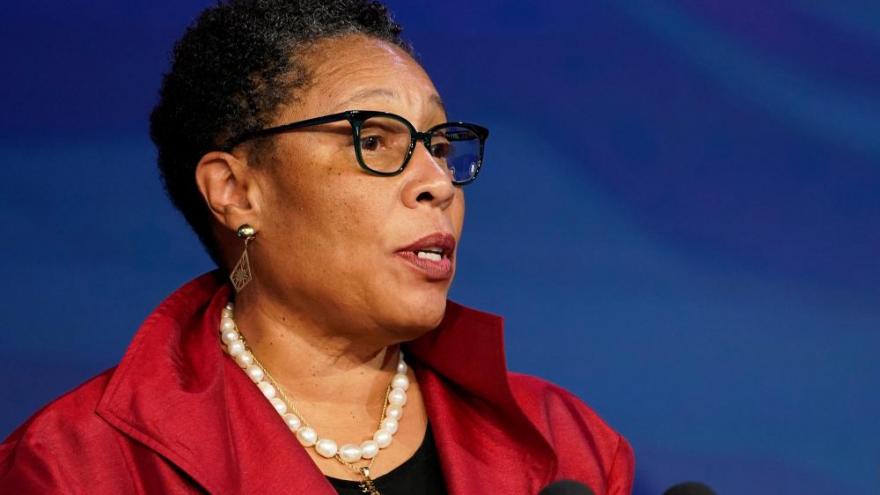 Rep. Marcia Fudge, pictured in Wilmington, on December 2020 is confirmed as secretary of Housing and Urban Development in the Biden administration.

Vice President Kamala Harris will administer the oath of office and swear in Fudge during a virtual ceremony Wednesday night.

Fudge has represented Ohio in Congress since 2008 and previously chaired the Congressional Black Caucus. Her appointment to Biden's Cabinet leaves a vacancy in the House, where Democrats hold a narrow majority.

Biden has named several women and people of color to his Cabinet, over a dozen of whom have been approved by the Senate.

As head of the housing agency, Fudge will inherit the challenges of America's housing crisis worsened by the Covid-19 pandemic.

"My first priority as secretary would be to alleviate that crisis and get people the support they need to come back from the edge," she said during her Senate confirmation hearing in January.

She argued that Americans need more than an extension of the eviction moratorium and Congress's provision of $25 billion in rental assistance.

Fudge also vowed to deliver on Biden's promise to construct 1.5 million energy-efficient and affordable housing units, urged to take on the homelessness crisis with "compassion and resolve," and called for an end to discriminatory practices in the housing market.

During the hearing, the Ohio Democrat also faced scrutiny from Republican Sen. Patrick Toomey, who said he was troubled by past comments she made "attacking and disparaging the integrity and motives of Republican officials with whom you have policy disagreements." Toomey, who chaired the Senate Banking Committee at the time, also raised concerns with Fudge's lack of background in housing policy.

Fudge responded by arguing that she has a bipartisanship record and the "ability and capacity to work with Republicans, and I intend to do just that." She also pointed to her experience as the first Black woman to serve as mayor of Warrensville Heights, Ohio, during which she claimed she expanded affordable housing.