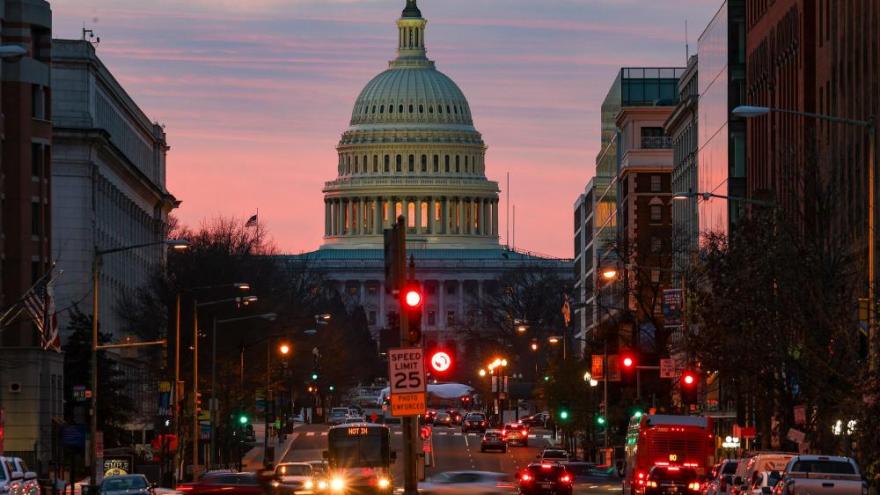 Senate Democrats decided Sunday to abandon an alternative proposal to penalize companies for not providing a $15 minimum wage to their employees, the latest indication that boosting the federal minimum wage in this Congress remains an extremely tall order, according to a person involved in the talks.

(CNN) -- Senate Democrats decided Sunday to abandon an alternative proposal to penalize companies for not providing a $15 minimum wage to their employees, the latest indication that boosting the federal minimum wage in this Congress remains an extremely tall order, according to a person involved in the talks.

After the House passed President Joe Biden's Covid-19 relief bill early Saturday morning -- with a provision raising the minimum wage to $15 an hour in stages by 2025 -- the bill is expected to hit the Senate floor this week, but without that same provision, which the Senate parliamentarian ruled doesn't fall within the rules of budget reconciliation, a process that allows Senate Democrats to pass the $1.9 trillion relief plan with just 51 votes.

Senate Democrats had a difficult time crafting the tax provisions in their alternative minimum wage proposal, sources said, so they are looking at other potential avenues to boost the rate. Yet it underscores the dire chances of boosting the wage after the parliamentarian's ruling.

If they can't find an alternative rate hike to fit into the budget reconciliation bill, which they're trying to pass by the middle of March, they will have to try to pass such a plan through regular order, meaning 60 votes would be needed in the 50-50 Senate.

The Senate could move to open debate on the bill as soon as Wednesday, with a marathon voting session on amendments -- known in the Senate as a vote-a-rama -- potentially Thursday. But the timing is still in flux.

Democrats were still finalizing their plans to bring the Covid-19 relief bill to the Senate floor, a source with knowledge of the matter said, in part because the measure is still going through a review by the Senate parliamentarian.

Once the bill is introduced, the chamber is expected to strip out the provision in the legislation increasing the federal minimum wage following the Senate parliamentarian's ruling.

News of Senate Democrats abandoning the corporate tax penalty plan, which was first reported by the Washington Post, comes just days after the Senate Budget Chairman Bernie Sanders, a Vermont independent who causes with Democrats, floated the idea Thursday night after the parliamentarian's ruling.

Senate Finance Chairman Ron Wyden, an Oregon Democrat who was working with Sanders on the proposal, touted the "plan B" as a possible alternative to incentivize companies to pay a higher minimum wage.

Senate Majority Leader Chuck Schumer was eying the proposal, a senior Democratic aide told CNN on Friday, but Democrats encountered questions within their caucus about how such a plan would be structured, and ultimately were concerned that debate over how to draft the alternative proposal threatened timely passage of the overall bill, another Democratic official familiar with the matter told CNN.

Democrats are working to pass the relief legislation before March 14, when current expanded unemployment benefits run out.

After the relief bill hits the Senate floor later this week, the bill would then head back to the House for a separate vote before it reaches Biden's desk to be signed into law.