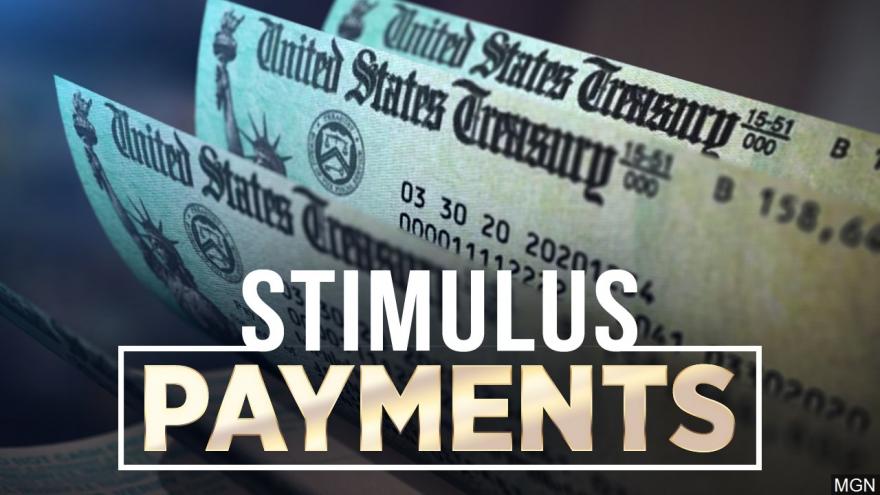 Democrats are scrambling to put their final touches on a $1.9 trillion Covid-19 relief bill that the entire caucus will have to support, a task that has proven difficult in the final hours of negotiations.

(CNN) -- Senate Democrats are down to the wire.

In a furious last-minute push, Democrats are scrambling to put their final touches on a $1.9 trillion Covid-19 relief bill that the entire caucus will have to support, a task that has proven difficult in the final hours of negotiations and revealed the uphill climb the party will have in moving President Joe Biden's agenda in the future.

A procedural move to advance the bill now seems on track for a vote Thursday, a Senate Democratic aide told CNN, as Democratic leaders are still waiting for the official cost estimate before bringing their newly revised bill to the floor. The Senate has adjourned for the evening Wednesday.

In one of the latest developments, Biden agreed to a compromise with moderate Democrats to narrow the income eligibility for the next round of $1,400 stimulus checks included in the Senate bill, a Democratic source told CNN Wednesday.

But Republicans who seem unified in opposition to the bill are signaling their plans to slow down the procedure to advance it, likely pushing final passage of the package into the weekend. In one example, GOP Sen. Ron Johnson of Wisconsin has said he'll force the bill to be read aloud by Senate clerks and that reading alone will likely take about 10 hours.

Senate Majority Leader Chuck Schumer -- in coordination with key committee chairs -- has been working around the clock to finalize the bill text. As of Wednesday morning, it still is not finished. Progressives and moderates are still trying to extract concessions and make changes to the bill that passed, and leadership was still waiting as of late Tuesday night for some smaller rulings from the Senate's parliamentarian, according to sources.

As a result, legislative counsel has been drafting multiple iterations of the bill so that Democrats will be ready to go when decisions are finally made. If it feels a little rushed, a little last minute -- welcome to Congress.

Senate Democrats told CNN on Wednesday morning that they're waiting for the Congressional Budget Office and Joint Committee on Taxation to "score" the cost of versions of the bill before bringing it to the floor. Democrats had hoped to do that Wednesday, but the Senate Democratic aide said Wednesday evening that no votes were expected.

A Democratic source told CNN that Biden has signed off on making the stimulus checks' salary eligibility more targeted in the Senate bill, to accommodate a request from moderates.

Under this proposal, this means, for example, if you are a single filer making more than $80,000 a year, you would not receive a stimulus check, where as under previous proposal you could earn up to $100,000 before the amount of stimulus you would qualify for was completely phased out.

Passage of the bill now appears on track to go into the weekend. It's important to remember that whatever Schumer lays down on the floor can still be changed, and CNN reports that is certainly something that is possible. But it's also an option to wait to begin debate until the final product is ready to go to the floor.

In essence, this means the first procedural vote would happen as soon as Thursday, but it's still not exactly clear when that will be. And after the procedural vote, Johnson's forcing of the bill to be read aloud by Senate clerks is expected to go for about 10 hours.

After the reading of the bill, there will be up to 20 hours of debate on the floor.

After that floor debate, then the vote-a-rama will occur (probably Friday) -- which will go on until senators decide to no longer offer amendments, possibly stretching into the weekend.

Republicans dig in on delays

In addition to forcing a full reading of the bill, Johnson says he plans other stalling tactics to drag out floor debate. He says he may object to dispensing with the reading of the text of every amendment being offered, a move that would force Senate clerks to read the language of the avalanche of amendments that will be offered as well.

"I think that would be a good idea," he told CNN when asked if he would force a reading of every amendment. "We're talking about $1.9 trillion ... a stack of $1 billion dollars that would extend halfway past the distance to the moon. And we want to do this in a matter of hours? I don't think that's right."

Johnson wouldn't say how many days he would attempt to drag out floor debate, something he can do under the free-flowing rules of debate over budget reconciliation legislation. But he said he would offer as many amendments as he feels he needs to -- and it would go on for "however long that takes."

In order to offer an amendment, Johnson would need the support of 13 of his colleagues in order for the presiding officer to recognize there is a "sufficient second," so there could be a floor vote on that proposal to change the underlying bill. It's unclear if there will be 13 GOP senators who will agree with Johnson to drag out the votes for several days as he seems to be attempting to do.

GOP Sen. Joni Ernst of Iowa told reporters on Wednesday that "you're going to want to watch" the vote-a-rama

"We're really going to continue to hammer on all the nonsense that's non-Covid related that has been packed into this Democratic wish list," Ernst said. "I think you're going to see a lot of amendments coming from our members and they're going to be good, solid amendments — trying to decrease some of the line-item funding that you see in non-Covid items as well as trying to make more sensible adjustments to the rest of the package."

Moderate Democrats, in their meeting with Biden on Monday, made it clear they wanted a few things in this final package. They wanted more money for broadband, an extension of some small business tax credits and money for rural hospitals. They also wanted to make the $1,400 stimulus payments more targeted and lower the weekly federal unemployment benefits to $300 instead of $400.

The same Democratic source who described to CNN the changes in eligibility for stimulus checks said the federal unemployment benefits boost is expected to remain at $400 a week through August.

Biden signaled an openness to some changes on the funding side, but he also made it known that lawmakers needed to work this out with their leadership. He wasn't going to get involved. That's been precisely what has been going on the last 24 hours. It's also why Biden didn't get into details of what he would or wouldn't support in Tuesday's call rallying Democrats to stay united in the vote-a-rama ahead.

White House legislative affairs has been instrumental in this working through last-minute sticking points with leadership and playing go between with member offices. The President himself has been letting the caucus legislate and staying focused on the bigger picture: actually passing something at the end of the week.

"Joe is put in a hard position because he's got people beating up on him all across the board," Democratic Sen. Joe Manchin of West Virginia said Tuesday when asked about Biden's role. "He is more inclined to let the process work and I appreciate that."

Manchin said Wednesday he is still pushing to lower the weekly federal unemployment insurance payments in the bill from $400 to $300 a week, but suggested the issue is not a dealbreaker.

"I just think the bill really does have enough good stuff that we should be able to make this work. We really should," the West Virginia Democrat said.

Aides close to the process tell CNN that it's not entirely finished yet, but the expectation is that there will be additional funding for broadband infrastructure in the bill. Talks about unemployment insurance are still ongoing. One of the challenges of increasing any funding streams is that every single committee only has so much money they can spend under the reconciliation instructions. If you go over, you lose your ability to pass this bill with 51 votes. It's part of why even simple adds take time here.

A lot of attention over the last four weeks has been paid to moderates and what they want in this bill, but it's important to keep in mind that progressives' votes matter just as much here, especially in the House of Representatives, where Pelosi has just a three-vote margin right now. Everything that is changed in the Senate bill will again face scrutiny in the House when it comes up for a vote there next week and there are certain levers that you could pull in the Senate that wouldn't be able to land in the House.

Rather than ping ponging this bill back and forth, leadership in the House and Senate are checking in regularly to ensure nothing that is changed in the Senate will ultimately disrupt the bill's ability to pass in the House.

CNN reported Tuesday on how progressives are still angry over the removal of the minimum wage hike. In addition, progressives are also watching very carefully what happens with unemployment insurance in the Senate. Lowering the threshold from $400 to $300 is a nonstarter for many of them, and it's why it's a conundrum for Senate leaders here. While they may not be making the kinds of last-minute asks that moderates are, progressives have worked very hard behind the scenes in the Senate to try and keep the House bill intact as it's moved through the Senate and major changes on the unemployment benefit of relief check side will spell trouble for many of them.

Biden's message Tuesday was clear. As CNN's Manu Raju reported, Biden urged unity on the series of poison pill amendments slated to come to the floor as part of the budget vote-a-rama, and CNN has been told that Schumer has urged the same. But that is going to be torturous for a handful of moderates who are going to be facing a series of messaging votes on everything from whether undocumented immigrants should be eligible for stimulus checks to whether they support allowing the Keystone XL pipeline to move forward. Republicans' strategy here is to make the next 48 hours as difficult politically as they possible can for Democrats. And while Schumer has urged Democrats not to vote for a single GOP amendment, it's not clear Democrats are going to be able to abide by that request.

Multiple Democratic aides have lamented in recent days that Senate Budget Committee Chairman Bernie Sanders' minimum wage amendment is flying in the face of the unity that leadership is urging. The vote Democrats are going to have to take on whether they support raising the minimum wage to $15 an hour puts members in a difficult position for a few reasons. First, it forces moderates to decide whether they want a provision the Senate parliamentarian already ruled wasn't compliant in the bill. Second, it's a tough vote that isn't coming from a Republican trying to run campaign ads against you -- it's coming from Sanders, who caucuses with the Democrats and aides argued is supposed to be on their team.