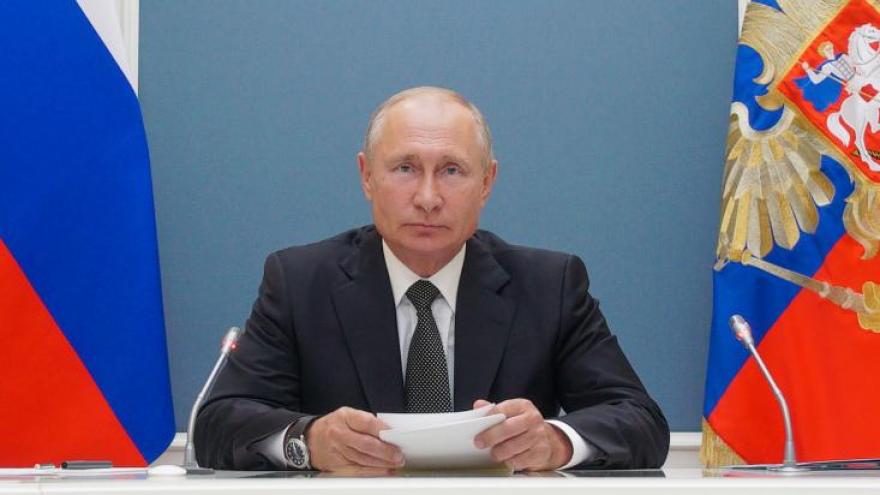 (CNN) -- A Senate Intelligence Committee report detailing how Russia's 2016 election interference was encouraged by President Donald Trump and his campaign raises the stakes for the current campaign at a time when Trump is openly amplifying Russian disinformation.

Russian intelligence operatives were closer to top Trump campaign efforts than was previously known in 2016, the report states. The committee also documented continued disinformation from Russia-linked people well past the 2016 election --findings so alarming that the bipartisan Senate committee called for several changes to protect national security in 2020.

"Campaigns should recognize that campaign staff are attractive targets for foreign intelligence services," the committee said.

"The threat is ongoing," Republican Sen. Richard Burr, who chaired much of the committee's investigation, said in a statement Tuesday. "My hope is that this report and the Committee's work will provide the American people with more insight into the threats facing our nation and the steps necessary to stop them."

For Democrats, the report promoted a new round of calls for national security reform and diligence in American elections.

The bipartisan Intelligence committee's findings about Russia "should be an alarm bell for the nation," five Democratic senators -- Martin Heinrich, Dianne Feinstein, Ron Wyden, Kamala Harris and Michael Bennet -- wrote as commentary to the report's release Tuesday. "Russia is actively interfering again in the 2020 US election to assist Donald Trump, and some of the President's associates are amplifying those efforts."

Wyden also said that redacted information in the report that has not yet been released to the public is "directly relevant to Russia's interference in the 2020 election."

But the Trump campaign and some Republicans responded to the report with a backward-looking critique and insistence there was "no collusion," rather than questioning how American politics may still be vulnerable to foreign disinformation and interference in 2020.

The Russian disinformation efforts continue into the current election cycle, the Senate committee now points out.

"The Committee observed numerous Russian-government actors from late 2016 until at least January 2020 consistently spreading overlapping false narratives which sought to discredit investigations into Russian interference in the 2016 U.S. elections and spread false information about the events of 2016," the report said.

Russian oligarch Oleg Deripaska and those around him were part of the continued effort, as was convicted Trump campaign chairman Paul Manafort and his longtime associate, Konstantin Kilimnik, a Russian intelligence officer who has continued to tweet disinformation and propaganda into this year, according to the report.

Trump regularly advances false statements in speeches and on Twitter and attacks the Russia investigation and FBI as well. As one recent example, the President spread misleading information about Biden recently after US intelligence had flagged it as being Russian propaganda.

"They are working towards the same goals again this year, and Trump refuses to reject their assistance," Andrew Bates, a spokesman for the Biden campaign, said on Tuesday.

The Trump campaign downplayed the accusation, saying it was Democrats that ran with foreign information in 2016 by commissioning research about Trump and Russia.

Some Trump allies, including his lawyer Rudy Giuliani, have openly worked with foreign actors to spread anti-Biden conspiracies. Giuliani even met with a Ukrainian lawmaker that was recently flagged by US intelligence as being part of a Russian disinformation campaign.

The 15-member Intelligence Committee used its report Tuesday to call for legislative, law enforcement and cultural changes in the nation's approach to national security, especially related to election interference.

The committee wrote stark, lengthy warnings about how campaigns, political leaders and other influential Americans must be on guard to fight foreign malfeasance.

The report explained how "hostile actors" were able to exploit Americans and American institutions in 2016. "The freedom of expression at the root of our democratic society became an opportunity for Russian influence to hide in plain sight," the committee wrote.

The committee urged for changes to both laws and the executive branch's approach to foreign interference. Among several recommendations, the committee said loopholes should be closed in laws regulating foreign lobbying work, campaigns should receive better intelligence briefing and training and do better vetting of their staffs, and the FBI should have more robust procedures to respond to hacks related to elections. Political groups and others, from business leaders to non-government organizations, should realize they "likely are targeted" by foreign intelligence services, the committee added.

"The Russian government treats oligarchs, organized crime, and associated businesses as tools of the state, rather than independent, private entities. The Kremlin uses these entities to pursue Kremlin priorities, including money laundering, sanctions evasion, and influence operations. This is a fundamentally different model than in the United States," the committee wrote. "The U.S. Government needs the tools and authorities in place to determine whether a non-governmental entity is operating on behalf of the Russian state and mitigate the counterintelligence threat."