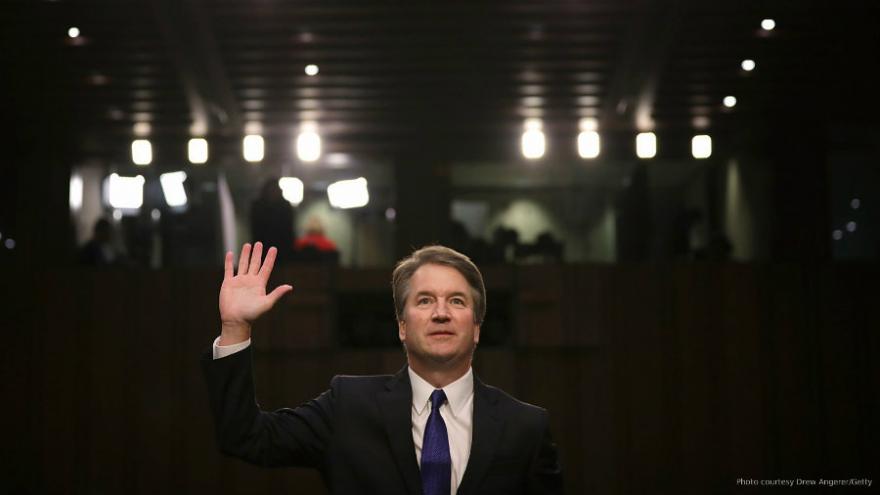 (CNN) -- As Brett Kavanaugh's historic hearing approaches, parties on both sides are still clashing on whether new allegations will also be discussed during the hearing. But the Senate Judiciary chairman confirmed Tuesday that the committee has hired an outside counsel to question Kavanaugh and the woman who accused him of sexual assault.

Iowa Republican Sen. Chuck Grassley would not disclose as of Tuesday afternoon the identity of the individual out of concern for her safety.

She will ask questions for the GOP senators, while Democrats plan to do their own questioning Grassley said.

Although the sticking points don't seem to be a roadblock that will force a delay of the hearing, there is fierce negotiating going on between lawyers for Christine Blasey Ford, who has accused Kavanaugh of sexual assault in the 1980s when they were both teenagers, and the Republican staff on the Senate Judiciary Committee.

All along, lawyers for Ford have objected to the Republicans' plan of using an outside counsel to question their client.

Monday night, a lawyer for the committee confirmed in an email to Ford's lawyers that Grassley has hired an "experienced sex-crimes prosecutor" to serve as an investigative staff counsel for the hearing, according to a source on the committee.

Republicans recognize that there are only men on their sides of the aisle.

Sen. Bob Corker, a Tennessee Republican, said Tuesday that if he were on the Judiciary Committee, he wouldn't want to be asking questions.

"Somebody will do something that you guys will run 24/7," he told reporters.

Although Ford had agreed to the hearings, the issue had remained a sticking point, and two of her attorneys contacted the committee Monday night asking for details about who the outside counsel might be.

"This is not a criminal trial for which the involvement of an experienced sex crimes prosecutor would be appropriate," Michael Bromwich, an attorney for Ford, wrote in a letter to the committee. "The goal should be to develop the relevant facts, not try a case."

Meanwhile, committee lawyers have reached out to lawyers for Debra Ramirez who detailed separate allegations to The New Yorker and asked whether she has any evidence, in addition to what was printed in the magazine to support her allegations and whether she would provide the evidence to the committee.

Ramirez's attorney John Clune tweeted "Our client stands by the facts of the New Yorker story as reported." He also said, "We are in contact with the Senate Judiciary Committee to determine the best process to provide Senators with additional information. We remain adamant that an FBI investigation, where all witnesses are questioned under threat of perjury, is the only way to get the truth. Our client remains willing to cooperate with such an inquiry."

At least one Senate Republican appeared open to the idea of such an investigation. CNN asked Alaska GOP Sen. Lisa Murkowski, a key swing vote, if there should be a full FBI probe into the allegations.

she responded, "It would sure clear up all the questions, wouldn't it?"

Kavanaugh has denied all allegations against him.

"The truth is I've never sexually assaulted anyone in high school or otherwise," Kavanaugh said in a Fox News interview Monday night.