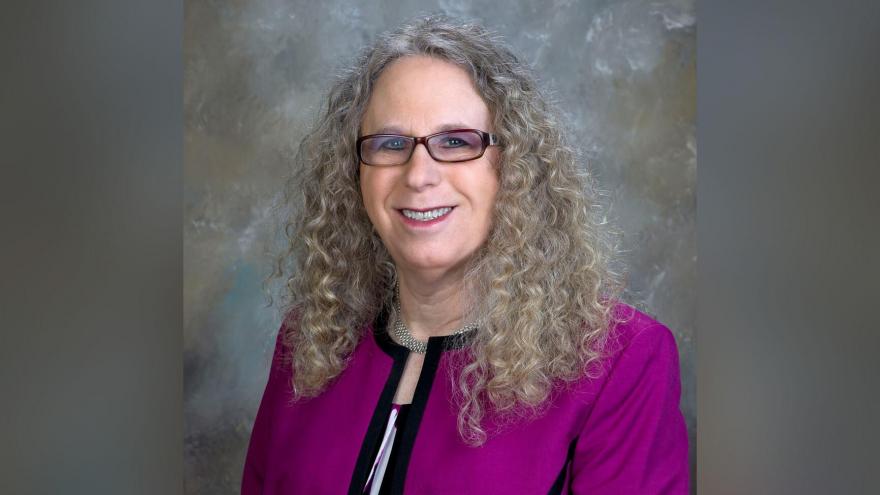 President-elect Joe Biden has tapped Dr. Rachel Levine to serve as assistant secretary for Health at the United States Department of Health and Human Services.

(CNN) -- A Senate confirmation hearing will take place on Thursday for President Joe Biden's pick to serve as assistant health secretary, Dr. Rachel Levine, who would make history as the first out transgender federal official to be confirmed by the Senate.

The hearing before the Senate Health, Education Labor and Pensions Committee will also consider the nomination of Dr. Vivek Murthy to serve as US surgeon general, a role Murthy held under the Obama administration.

As surgeon general under President Barack Obama, Murthy helped lead the national response to the Ebola and Zika viruses and the opioid crisis, among other health challenges. If confirmed, Murthy would be poised to play a key role in the Biden administration's response to the coronavirus pandemic.

"Dr. Rachel Levine will bring the steady leadership and essential expertise we need to get people through this pandemic -- no matter their zip code, race, religion, sexual orientation, gender identity, or disability -- and meet the public health needs of our country in this critical moment and beyond," Biden said in a statement on the nomination at the time it was announced. "She is a historic and deeply qualified choice to help lead our administration's health efforts."

So far nine of Biden's 23 Cabinet-level nominees requiring Senate approval have been confirmed, according to a CNN tracker. But one high-profile nomination -- Neera Tanden, Biden's pick to lead the Office of Management and Budget -- is in major jeopardy amid bipartisan opposition.

Earlier this month, the Senate confirmed Alejandro Mayorkas as Homeland Security secretary, the first Latino and immigrant to serve at the helm of the department, and Pete Buttigieg as transportation secretary, making him the first Senate-confirmed LGBTQ Cabinet secretary.