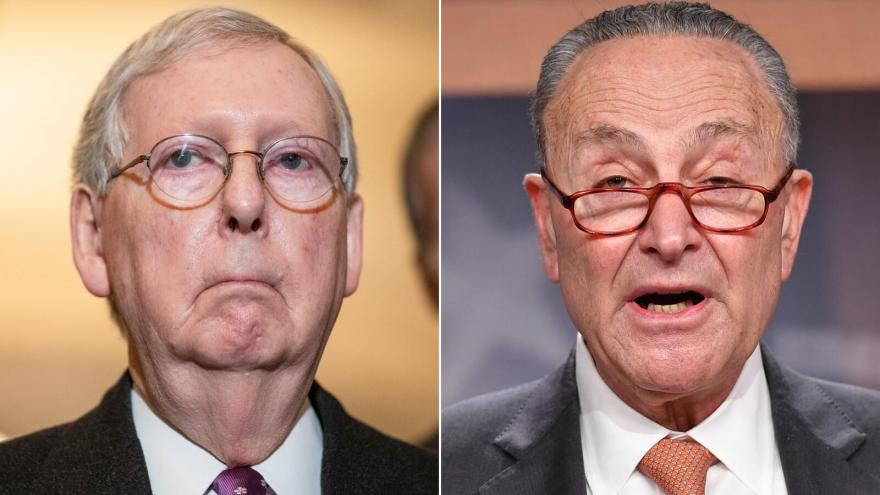 (CNN) -- A deal has been reached in the Senate in principle on a power-sharing agreement that had precluded Democrats from taking control of the committees, Senate Majority Leader Chuck Schumer announced Wednesday morning.

"I am happy to report this morning that the leadership of both parties have finalized the organizing resolution for the Senate," Schumer said on the Senate floor. "We will pass the resolution through the Senate today, which means that committees can promptly set up and get to work with Democrats holding the gavels."

LIVE UPDATES: The latest on Congress as GOP tensions rise

On Wednesday, Schumer said that with a power sharing agreement in place that will give Democrats committee gavels, they "are ready to hit the ground running on the most important issues that face our country" and "are not going to waste any time."

Democrats took control of the Senate in January after winning a pair of US Senate seats in Georgia and the White House. However, a stalemate has prevented the party from taking control of key committees since the chamber is operating under the rules of the last Congress, when the GOP was in charge, delaying consideration of Cabinet nominees, including attorney general nominee Merrick Garland, who is expected to receive bipartisan support.

An agreement between the two leaders was needed to determine how power would be divided since the Senate has an even partisan split of 50-50 with Vice President Kamala Harris able to break ties.

It was unclear as of Wednesday morning what was holding up the deal. Party leaders had been haggling over a final few points, including how to structure committee budgets, before finalizing the power-sharing agreement that will officially allow Democrats to take their chairmanships, Senate officials familiar with the talks told CNN earlier this week.

The delay was already having an impact on Biden's Cabinet nominees going through the Senate confirmation process. Sen. Lindsey Graham, the chairman of the Senate Judiciary Committee, rejected a Democratic request on Monday to schedule Garland's confirmation hearing on February 8, arguing that the Senate needs to focus on the impeachment trial of former president Donald Trump, which is set to start the following day.

At one point, the negotiations were held up for more than a week over a disagreement about whether Democrats had to promise in writing that they wouldn't blow up the filibuster. McConnell ended his request after moderate Democratic Sens. Joe Manchin of West Virginia and Kyrsten Sinema of Arizona said they had no plans to vote to eliminate the filibuster anytime soon.