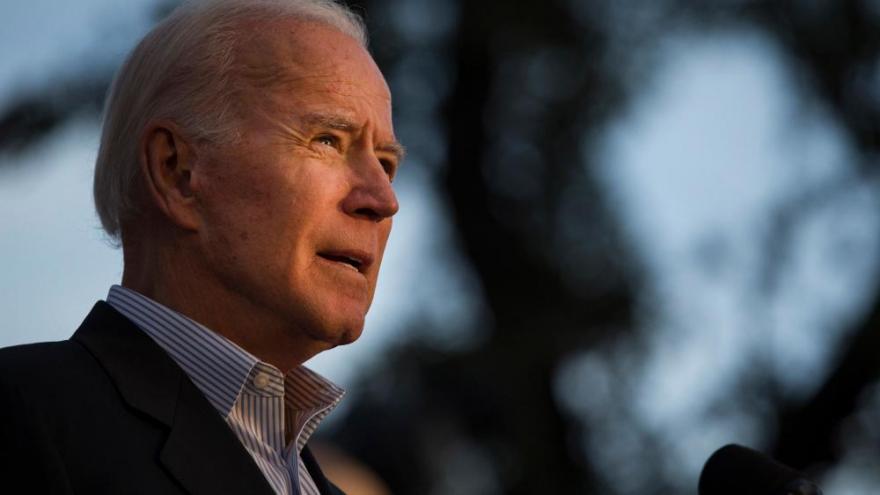 The Secretary of the Senate said Monday its office has "no discretion to disclose" records requested by presumptive Democratic nominee Joe Biden related to a sexual assault allegation made by a former staffer.

(CNN) -- The Secretary of the Senate said Monday its office has "no discretion to disclose" records requested by presumptive Democratic nominee Joe Biden related to a sexual assault allegation made by a former staffer.

Biden sent the Secretary of the Senate a letter on Friday asking the office to "direct whatever steps are necessary" to locate and make public a complaint former Biden Senate staffer Tara Reade says she made in 1993 regarding alleged harassment in Biden's office. In his letter on Friday, Biden requested the Secretary of the Senate release not only any complaint from Reade, if it is found, but "any and all other documents in the records that relate to the allegation."

In a statement Monday, the Secretary of the Senate said that it had consulted with the Senate Legal Counsel and was advised that it has "no discretion to disclose any such information as requested," citing strict confidentiality requirements.

The Biden campaign responded to the Secretary of the Senate on Monday, with attorney Bob Bauer asking the office to answer whether the existence of records is also confidential, whether there is anyone the records could be lawfully disclosed to, such as Reade, and whether the Senate could release what the procedures in 1993 would have been in handling a complaint like Reade's.

Reade did not respond to a request for comment.

Reade has said that she complained to multiple colleagues in the office about interactions with Biden that made her uncomfortable, but not about the alleged assault. Reade has also said that she filed a complaint with a personnel office on Capitol Hill at the time, but that she does not have a copy of it. It is unclear what kind of complaint -- and with what office -- Reade may have filed. She has said she filed a complaint related to the uncomfortable interactions in the office, but not sexual assault.

Marianne Baker, who was Biden's executive assistant in the 1980s and 1990s when Biden was a senator, has previously said in a statement provided through the Biden campaign that she was never aware of any reports of inappropriate conduct, including from Reade. Dennis Toner, who was Biden's deputy chief of staff at the time and one of the people Reade said she had discussed her complaints with, told CNN in an interview that he had no recollection of Reade or any conversation related to sexual harassment allegations.