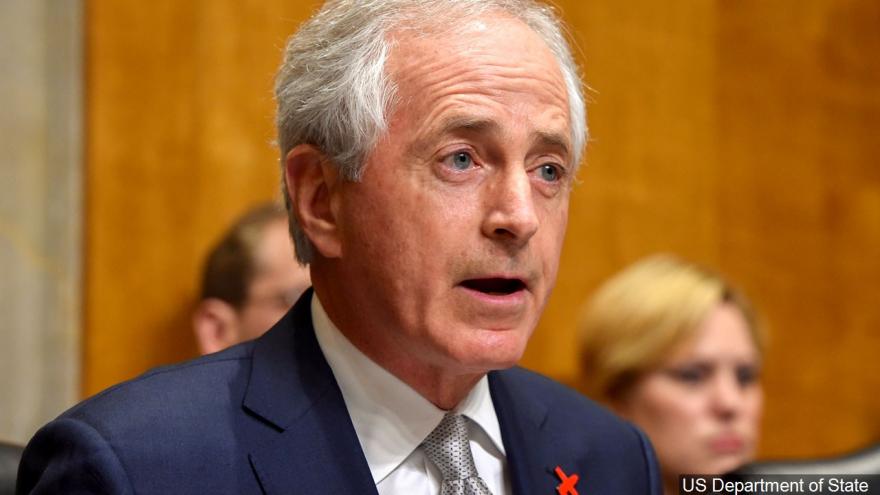 WASHINGTON (AP) — Senators from both parties sought to mend a frayed relationship with Canada during a closed-door meeting Wednesday with Canadian Foreign Minister Chrystia Freeland.

The meeting involving members of the Senate Foreign Relations Committee followed President Donald Trump calling Canadian Prime Minister Justin Trudeau "dishonest" and "weak" after the Group of 7 summit in Quebec over the weekend.

Sen. Bob Corker, the Republican chairman of the committee, said senators expressed concerns about the president's use of a national security waiver to impose tariffs on steel and aluminum from Canada. Corker said he believes it's an abuse of presidential authority.

Corker has sponsored legislation that would require Congress to sign off on such tariffs, called Section 232 tariffs, but he has struggled to get a vote. Many Republicans are reluctant to pick a fight with Trump over trade right now as he seeks better deals with China and a slew of U.S. allies.

Freeland said Canada values its relationship with the U.S. However, she called the administration's use of Section 232 tariffs "frankly absurd."

"The notion that Canadian steel and aluminum could pose a national security threat to the United States, I think Americans understand it's simply not the case," Freeland said.

She added that the action is illegal under World Trade Organization rules and the North American Free Trade Agreement, "and we have raised cases in both tribunals."

She said the answer to the dispute was simple: "The U.S. has to remove these unfair, illegal tariffs from Canada and from its allies."

Trump enraged U.S. allies Canada, Mexico and the European Union two weeks ago by slapping tariffs on their steel and aluminum shipments to the United States; most other countries have been paying the tariffs since March.

In a tough speech Wednesday night, Freeland criticized Trump, without mentioning him by name, for ignoring the "rules-based" trading system whose "principal architect" was the United States.

"You may feel today that your size allows you to go mano-a-mano with your traditional adversaries and be guaranteed to win," she said. "But if history tells us one thing, it is that no one nation's pre-eminence is eternal."

In her remarks at a dinner sponsored by Foreign Policy magazine, Freeland acknowledged that many Americans "are no longer certain that the rules-based international order ... still benefits them."

But as China and other nations become wealthier and more powerful, "now is the time, more than ever, that we must set aside the notion that 'might is right,' so that the rising powers are induced to play by these rules too," she said.

Sen. Bob Menendez, D-N.J., said he told Freeland that Democrats cherish the relationship with Canada and don't agree with the Trump administration's claim of a national security threat when it comes to Canadian steel and aluminum. He said he made clear to Freeland that Democrats have a "totally different view than President Trump" about Trudeau.

"We applaud Prime Minister Trudeau's effort in helping us in the world," Menendez said he told the foreign minister. "We applaud Canada's engagement in the world for peace and stability."