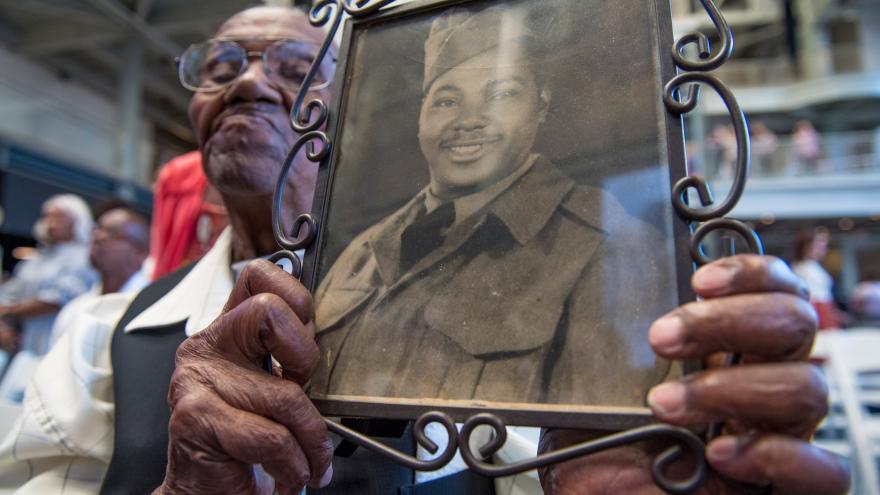 Lawrence Brooks served as a support worker in the predominantly Black American 91st Engineer Battalion stationed in New Guinea and then the Philippines and reached the rank of private first class during the war. On September 12, he celebrates his 111th birthday.

The National World War II Museum in New Orleans has thrown parties for the past five years to honor Brooks. Last year, family, veterans, and current military service members celebrated the veteran's new milestone at the museum, with cupcakes and a musical performance by the museum's vocal trio, the Victory Belles.

But this year, due to the pandemic, the celebration will look a little different.

The museum is asking Americans around the country to send birthday cards.

"We just thought there has to be some way that we can still celebrate him in a way that is safe but also gets more people involved," said Amber Mitchell, Assistant Director of Public Engagement at the National World War II Museum.

"If we aren't able to gather in ways that we're used to, we can always invent new ways to connect or rediscover old ways, like you would with a birthday card," Mitchell told CNN.

Mitchell said it's important to celebrate the stories of real heroes like Brooks while they're with us.

"I mean, who doesn't want to write a card to a person who's 111 years old?" Mitchel asked.

Several hundred cards, gifts and flowers have been sent already. Mitchell expects between 500 and 1,000 cards.

On the big day, a small group of museum staff will deliver the cards to Brook at his home for a private celebration. Staff plans to wear face masks and practice social distancing. The Victory Belles will still serenade him.

To join the celebration, send a card to: