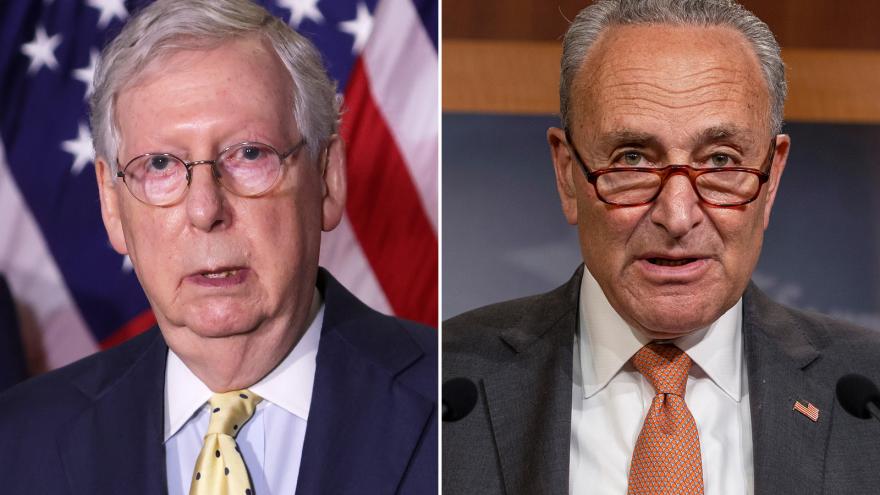 (CNN) -- Senior Senate Republicans expressed new optimism that the two parties could be within reach of a power-sharing agreement to allow the 50-50 Senate to officially organize and let Democrats take control of key committees in the chamber.

The agreement has been stalled for days after Senate Minority Leader Mitch McConnell demanded that Democrats affirm that they will not dismantle the filibuster, the key stalling tactic that requires 60 votes to stop debate on legislation in the chamber. Senate Majority Leader Chuck Schumer, asked about the status of the negotiations, said, "We are not letting McConnell dictate" the rules of the Senate and argued that the chamber should operate under the same procedures that governed the 2001 Senate, which was initially split 50-50.

The stalemate has prevented Senate committees from officially organizing, meaning Republicans still control key committees since the chamber is operating under the rules of the last Congress when the GOP was in charge.

But Republican leaders now say they see a way out of the logjam. After two moderate Democrats, Sens. Joe Manchin of West Virginia and Kyrsten Sinema of Arizona, reaffirmed their opposition to changing the filibuster rules, Republicans are suggesting that could be enough to pave way for a deal. It's not clear exactly what Republicans are seeking, because both Manchin and Sinema have publicly and previously stated that they oppose ending the filibuster.

Two members of the Senate GOP leadership team said they believe a deal is within reach.

Sens. John Thune, the Republican whip, and Sen. John Cornyn, a member of GOP leadership, each told CNN that they believe the comments by Manchin and Sinema could be enough to avoid the logjam.

"I know the pressure that Schumer is under by the crazies on his side," Cornyn said. "I'm little more optimistic than I was Friday that it will be worked out." The Texas Republican said that he also was concerned that if the fight over the power-sharing agreement drags out, Democrats may "lose their minds" and dismantle the filibuster to pass the resolution in order to let the chamber officially organize.

"That's not a good development for anybody -- not for the institution," he said.

Thune, a South Dakota Republican, said an agreement had to happen "pretty soon" because "these committees are dysfunctional because they don't have chairman, ratios and all that stuff."

He added: "But if we could have a couple of Dems that would be willing to say something in a very public way and sort of sign a blood oath that they won't, I think that would help a lot."