Serena Williams is fined $17,000 for violations during her US Open loss 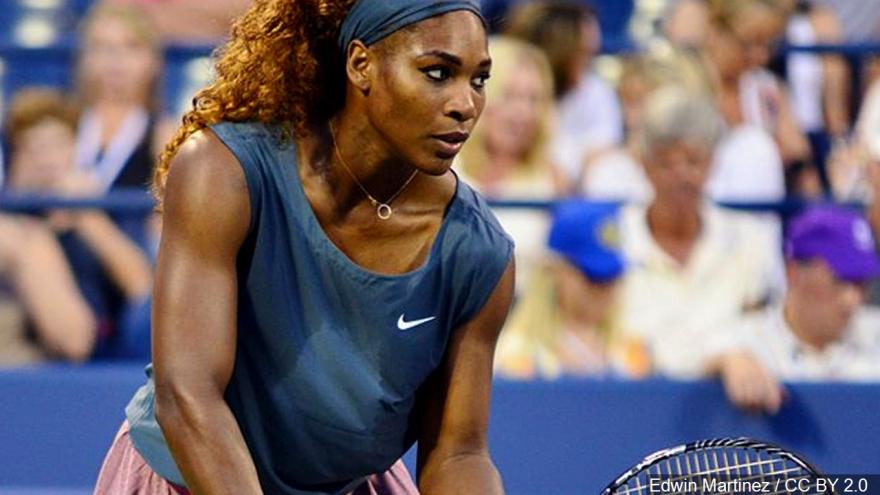 Saturday's match between Williams and Naomi Osaka in New York's Arthur Ashe Stadium was marred by controversy in the second set after umpire Carlos Ramos penalized Williams a point and then an entire game. Osaka beat Williams in straight sets -- 6-2, 6-4 -- to win her first Grand Slam title.

Here's why Williams is calling out sexism

Ramos first issued a warning to Williams after ruling that her coach, Patrick Mouratoglou, gave her hand signals that Ramos said constituted illegal coaching. Williams denied the accusation and could be heard repeatedly demanding an apology from Ramos.

"Williams approached the net and told the umpire, "I don't cheat. I'd rather lose. Every time I play here, I have problems."

The 23-time Grand Slam champ didn't elaborate on the previous incidents, but in 2009 she was docked a point after she was deemed verbally abusive to a lineswoman. In 2011, Williams' opponent Sam Stosur was awarded a key point, and thus the game, when an umpire ruled Williams yelling, "Come on," had hindered Stosur before she made contact with the ball.

Later in Saturday's match, Ramos docked Williams a point after she smashed her racket upon misplaying a shot. Ramos then issued Williams a full game penalty after she called him a "thief," saying the comment amounted to verbal abuse.

"You stole a point from me, and you are a thief," Williams told him.

It was a case she also was heard making to tournament referee Brian Earley and supervisor Donna Kelso, who Williams summoned to the court after Ramos penalized her.

"There are men out here that do a lot worse, but because I'm a woman, you're going to take this away from me?" Williams said. "That is not right."

At a post-match news conference, she accused Ramos of sexism and also voiced displeasure with an incident last week in which chair umpire Christian Rask handed Alize Cornet a code violation for taking off her shirt, which she had on backwards, during a match. (Cornet was wearing a sports bra underneath her shirt.)

Catsuit ban: What does it say about us?

"I'm here fighting for women's rights and for women's equality and for all kinds of stuff. For me to say 'thief' and for him to take a game, it made me feel like it was a sexist remark," she said. "He's never taken a game from a man because they said 'thief.'"

The US Open, in a statement, said Ramos' decision was not reviewable, while the Women's Tennis Association released a statement saying that Williams "plays with class."

"There are matters that need to be looked into that took place during the match," it said.

The controversy dampened Osaka's victory, the first for a Japanese player, but Williams was quick to say during the post-match trophy presentation that her opponent deserved the win.

"Let's give everyone the credit where credit's due and let's not boo anymore," she told the crowd. "We're going to get through this and let's be positive. So congratulations, Naomi. No more booing."

Chair umpires typically receive gifts during trophy presentations, but Ramos was notably absent for the ceremony.

Earley, the tournament referee, levied fines against Williams of $4,000 for the coaching violation, $3,000 for racket abuse and $10,000 for the verbal abuse, the USTA said.

The money will go to the International Tennis Federation's Grand Slam Development Fund.

Williams won $1.85 million as a US Open finalist.