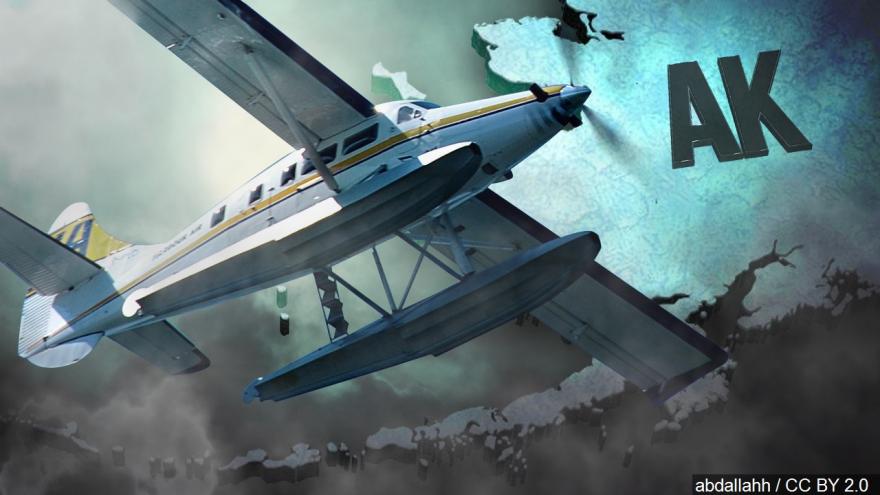 The floatplanes collided under unknown circumstances, Federal Aviation Administration spokesman Allen Kenitzer said in an email to The Associated Press. Floatplanes have pontoons mounted under the fuselage so they can land on water.

Eleven people were inside Taquan Air's single-engine de Havilland Otter DHC-3 when it went down. Ten were taken to a Ketchikan hospital.

All patients were in fair or good condition, according to Marty West, a spokeswoman for PeaceHealth Ketchikan Medical Center.

The passengers were off the cruise ship Royal Princess were on sightseeing flights, one which was operated by Taquan Air. A spokeswoman for the flightseeing company said Taquan has suspended operations while federal authorities investigate the deadly crash.

"We are devastated by today's incident and our hearts go out to our passengers and their families," Taquan said in a statement. "At this time, we are in the midst of an active crisis response, and our focus is on assisting these passengers, the pilot, our staff, their families and loved ones, and first responders."

The three people who died were among five people aboard the second plane, a single-engine de Havilland DHC-2 Beaver, according to Dykens.

Cindy Cicchetti, a passenger on the Royal Princess cruise ship told the AP that the ship captain announced that two planes were in an accident Monday. She said the ship is not leaving as scheduled and there weren't any details as to how the accident will affect the rest of the trip.

The FAA and the National Transportation Safety Board are investigating.

Associated Press journalist Michelle A. Monroe in Phoenix contributed to this report.