Shanann Watts and her daughters are mourned at their funeral 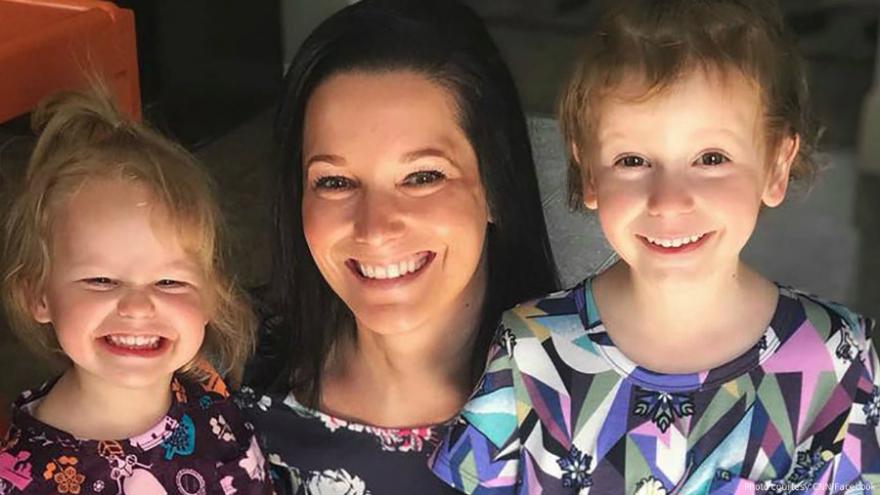 (CNN) -- Shanann Watts, the pregnant Colorado woman who police say was killed along with her two daughters by her husband, was remembered at her funeral Saturday as a "fireball" who strove to be a great mother and support medical research.

The funeral Mass for Shanann Watts and her daughters, Bella, 4, Celeste, 3, and her unborn son was held at a church in North Carolina, the state where Watts was raised.

"Shanann was a woman of love. She loved God, she loved her family and she loved her friends," the Rev. John Forbes said at Sacred Heart Catholic Church in Pinehurst.

Forbes also read from a letter from Shanann's brother, Frankie Rzucek, who wrote that she "was born to be a mother."

"Boy, was she ready," Rzucek's letter reads. "Closets were full even before she knew she was pregnant. She couldn't wait."

"She was very successful and independent before any man came along, and that's just the way she wanted it," Rzucek's letter said. "I always worried about her and the girls being so far because I couldn't protect them."

Watts, 34, and her two daughters were reported missing August 13 from their home north of Denver, hours after she returned from a business trip. Chris Watts -- Shanann's husband and the girls' father -- told a TV station the next day that he wanted them back home.

But the bodies of Shanann Watts and the girls were found later that week on the property of a Colorado oil company where Chris Watts once worked. Chris Watts, 33, was arrested and charged last month in Colorado with with first-degree murder in their deaths.

Shanann Watts' family has said that she had planned to name her unborn son Nico. At Saturday's funeral, prayers were said for him as well as for Watts and her daughters.

The funeral was livestreamed on the Facebook page of a funeral home.

Forbes said Shanann's mother described her as a fireball, and said she worked toward several dreams. Shanann had lupus, Forbes said, and wanted to support research into the disease.

Shanann's daughters "were light for all around them," Forbes said.

"They were filled with life and joy and shared it with all those they encountered."