'Shazam!' and 'Pet Sematary': Two of Hollywood's most popular genres take over the box office this weekend 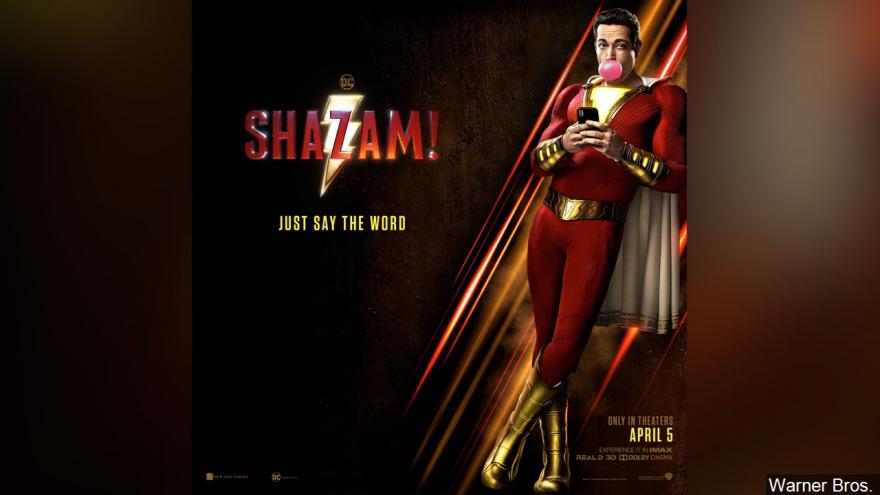 (CNN) -- Two of Hollywood's most popular genres are duking it out at the box office this weekend with the premiere of Warner Bros' superhero comedy "Shazam!" and Paramount's remake of Stephen King's "Pet Semetary."

Both films are expected to lead the the box office this weekend, toppling "Dumbo" and "Us," which opened last month. "Shazam!" is expected to take the top spot with a projected $45 million opening. "Pet Sematary" is expected to come in second place with a $25 million haul.

Superhero and horror films represent three of the top five highest-grossing films this year with Disney's "Captain Marvel" coming in at No. 1 and Universal's "Us" and "Glass" coming in at No. 3 and No. 4, respectively. ("Glass" is pulling double duty because it's a horror film about superheroes.)

The two genres have reliably exceeded industry expectations in recent years. "Captain Marvel," "Us," "Black Panther," "A Quiet Place," "Venom" and "It" all brought in more money than analysts expected.

So what makes these genres so successful with audiences right now?

"It can be seen as a reflection of the time and culture we live in," Shawn Robbins, chief box office analyst at BoxOffice.com, told CNN Business. "People are burned out on real-life divisiveness. Going to the cinema -- and especially films where the lines between good and evil are clearly drawn -- speaks to the enduring desire for escapism."

Robbins also said that these two genres get people out off their couches because they're "communal experiences" that are made for theaters.

These films have also "found a middle ground that allow them to dip their feet into other genres," according to Robbins, making them appealing to a wider demographic of people.

"Comedy, suspense and pure drama can be found at the heart of these movies," he said.

Case in point, "Shazam!," which is about a kid who turns into an adult superhero played by Zachary Levi, has been described as more of a comedy than a true-blue superhero action film. It's "essentially rebooting 'Big,'" but just "with tights" and "a cape," CNN's film and TV critic Brian Lowry wrote in his review of the film.

"Shazam!" and "Pet Sematary" are both getting good reviews, with a 92% score and an 70% score, respectively, on review site Rotten Tomatoes.