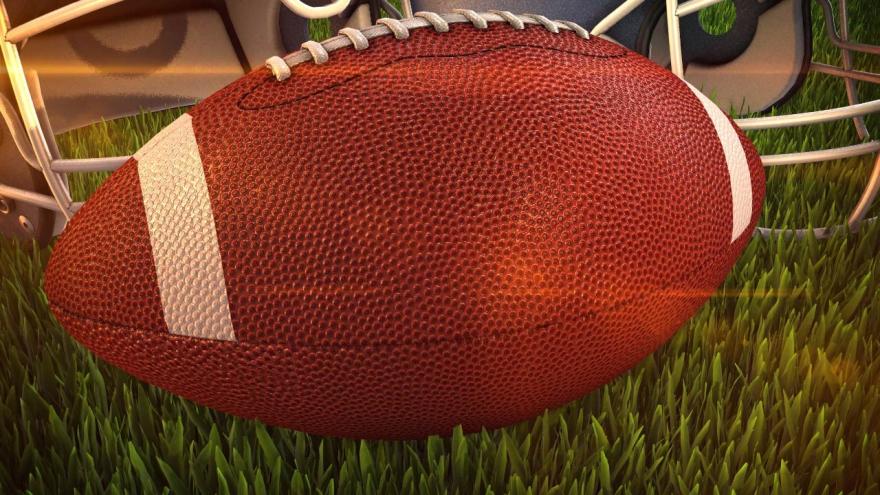 Hours after being named the homecoming queen at Ocean Springs High School in Mississippi, Foster faced down pressure Friday by kicking the game-winning extra point in overtime.

She treasures both moments, she said Saturday as she took a quick break from getting ready for the homecoming dance.

"It is such an honor to be voted on by my classmates, but it was so fun to win the game and have my teammates really proud of me," she said between hair and makeup and dinner with friends.

Foster scored seven of her team's 13 points, kicking two field goals in regulation and ending the game against George County with the extra point.

Her mom, Rendy Foster, said her daughter was surprised to win homecoming queen but not about the kick.

"She's a pretty competitive young lady," mom said. And pretty confident too. "I heard her say, I wasn't sure about winning (homecoming queen) but, I was really sure I was going to make that kick."

Confidence is what makes Foster a good kicker of footballs round and oblong.

Foster, who first played soccer when she was 5, was urged to play American football after a coach noticed her smacking home runs on the kickball field while she was in elementary school.

He asked her to give placekicking a try.

"I really didn't take a lot of convincing," she said. "I thought that would be a really cool, I was thinking I would love to do that."

Kicking a football is different than kicking a soccer ball, though, so she did what a lot of kids do when they want to learn a new skill.

She Googled it. She found an instructional video by a University of Florida kicker and watched.

And she could, kicking for an eighth-grade team (as a seventh- and eighth-grader), the ninth-grade team (she won a game with a 37-yard field goal), and then as kicker for the Ocean Springs High School junior varsity and varsity teams.

She's made all 11 extra points this year and three field goals.

But her first and enduring sports love is soccer. The future accountant says she'll play that sport at Mississippi College in Clinton.

She said she entertained the idea of also playing college football, but the football and soccer seasons occur at the same time of year. In high school, football ends as girls' soccer is just beginning.

Foster attributed her football success to her teammates. She has a good snapper, a good holder and her coaches are always giving her tips to improve her form, she said.

"They really have my back," she said of her teammates. "They've always been very kind and very welcoming."

On Saturday the 17-year-old senior was looking forward to dinner at the cool Italian restaurant downtown with her friends and then going to the dance where, as queen, "I think I just have to wave."