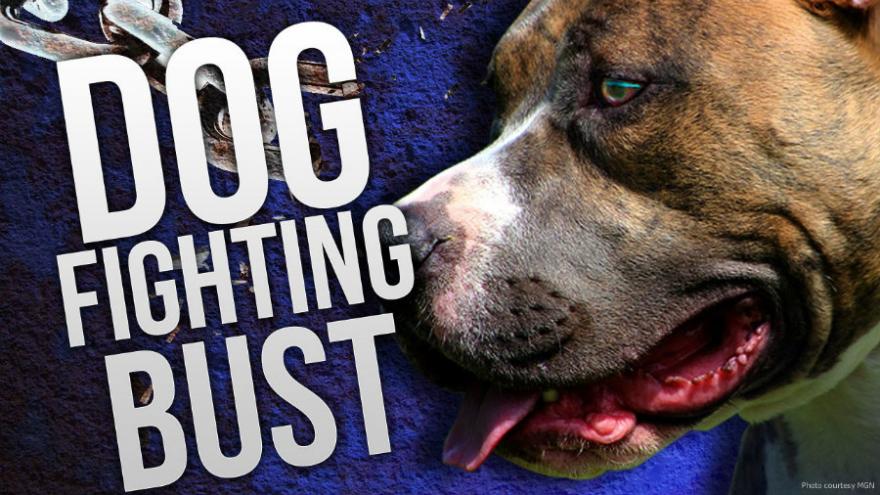 Deputies discovered 11 pit bulls at two homes in Genesee County. Investigators said both homes were abandoned, without power and covered in feces. The dogs chained inside had not been fed or given water in several days and were being transported in the trunks of cars to various locations, according to Sheriff Pickell.

The sheriff's office's investigation further revealed the dogs were being bred, medicated and trained for fights. Investigators said they found syringes, needles, suspected drugs and drug paraphernalia as well as a medication associated with dog-fighting.

Sheriff Pickell said the suspect was arrested after trying to retrieve his dogs from animal control. Deputies report they found suspected heroin on the suspect during the arrest.

All 11 dogs are being treated, according to Sheriff Pickell.