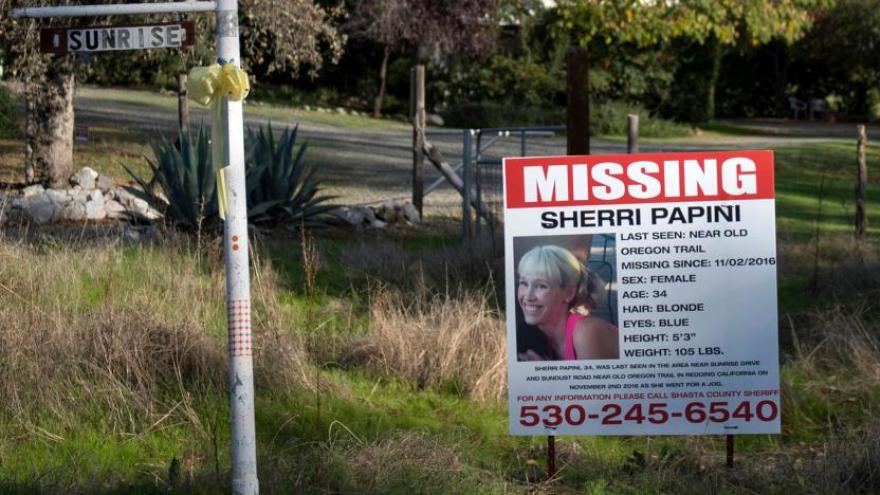 A "missing" sign for Sherri Papini is seen in November 2016 along Sunrise Drive, near the location where she was believed to have gone missing while on an afternoon jog.

(CNN) -- Sherri Papini, the Northern California woman accused of faking her own kidnapping in 2016, has signed a plea deal and will confess she made up the entire plan, her attorney's office confirmed to CNN.

"I am deeply ashamed of myself for my behavior and so sorry for the pain I've caused my family, my friends, all the good people who needlessly suffered because of my story and those who worked so hard to try to help me," Papini said in her statement. "I will work the rest of my life to make amends for what I have done."

Papini, 39, released the statement through her attorney, William Portanova, as first reported by The Sacramento Bee Tuesday.

As CNN previously reported, Papini was reported missing by her husband in November 2016 after she had gone out for a jog near her home in Shasta County. Three weeks later, on Thanksgiving Day, she was found alone on an interstate highway 140 miles from home.

She told police she had been abducted and branded by two women who kept her chained in a closet. She gave an elaborate story of her kidnapping and treatment at the hands of the supposed assailants, whom she said wore masks, spoke Spanish, held her at gunpoint and branded her with a heated tool.

However, according to the Department of Justice, Papini actually stayed with an ex-boyfriend in Southern California during the three weeks she was reportedly missing and received over $30,000 in fraudulent victim assistance money based on the hoax, court documents show.

Papini was charged with making false statements to a federal law enforcement officer and mail fraud, and she agreed to plead guilty to one count of each, prosecutors said Tuesday in a statement. She faces a maximum sentences of 25 years in prison and up to $500,000 in fines.

The court will determine the sentence. Papini's plea date has not been set.

"We are taking this case in an entirely new direction," Portanova, a former federal prosecutor, told The Sacramento Bee. "Everything that has happened before today stops today."

Papini's plea agreement has been delivered to prosecutors in the US Attorney's Office in Sacramento, Portanova's office confirms to CNN.