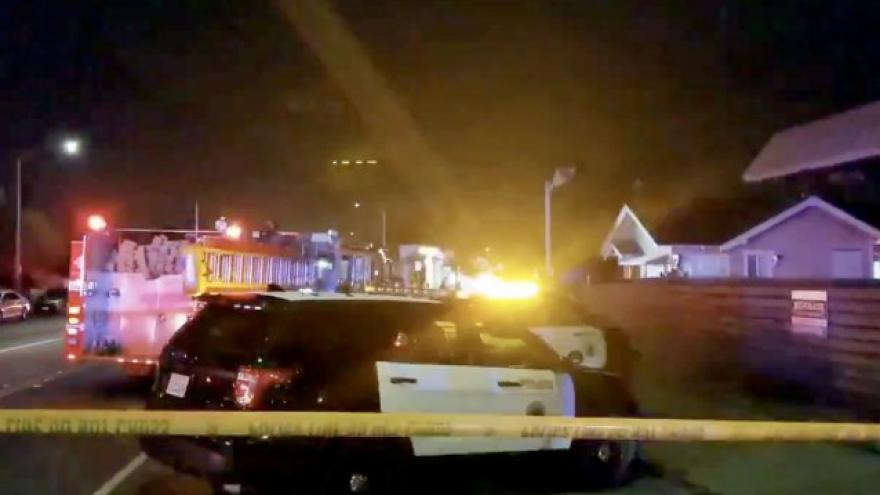 Multiple people were shot at a home in Long Beach, California, on Tuesday, officials said. A suspect has not yet been identified. Source: Oscar Cancio
By Madeline Holcombe and Joe Sutton, CNN

(CNN) -- Multiple people were shot at a home in Long Beach, California, on Tuesday, officials said. A suspect has not yet been identified.

The Long Beach Fire Department responded to a shooting at 10:44 p.m. (local time), the department said on Twitter. The incident took place during a party at the home, where some attendees were in costume, Long Beach Police spokeswoman Karen Owens told CNN.

Three people were confirmed dead and nine were taken to area hospitals, officials said. All of the victims were adults, and the injuries range from life-threatening to non-life-threatening, Owens said.

The suspect fled the scene and there is no description at this time, Owens said. Homicide detectives are still on site.

Footage from CNN affiliate KABC shows paramedics treating at least seven people in a yard next to a nail salon.

It is possible there could be other victims who went to seek medical treatment on their own, Owens said.