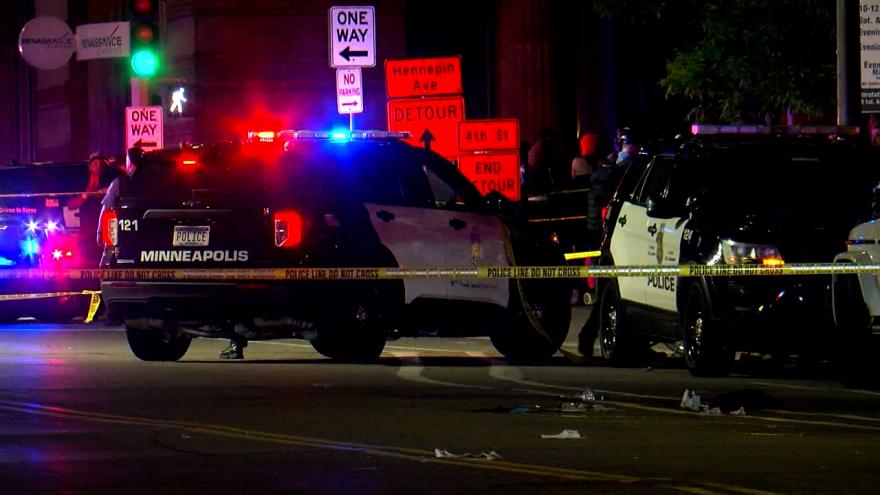 (CNN) -- Two men were killed and eight other people were injured in a shooting early Saturday in downtown Minneapolis, police said.

Seven of the victims were taken to hospitals with non-life-threatening injuries and one man was in critical condition, according to the Minneapolis Police Department (MPD).

A verbal confrontation likely led to the shooting, police said.

Two people standing in a crowded area argued, pulled out guns and began shooting at each other, police said.

Officers working "evening bar close" at around 2 a.m. heard the gunshots and ran toward the gunfire, police said. They arrived to an "exceptionally chaotic scene" where two men had already died from their injuries.

Asked if the shooters were among the dead or wounded, police spokesman John Elder said investigators are still "putting the pieces together."

The names of the victims as well as the nature and cause of death will be released by the medical examiner in the coming days, police said.

Of the 10 adult victims, five were male and five female, according to police.

There is no active threat, according to MPD, who said via Twitter that order had been restored at the scene and in the surrounding areas.