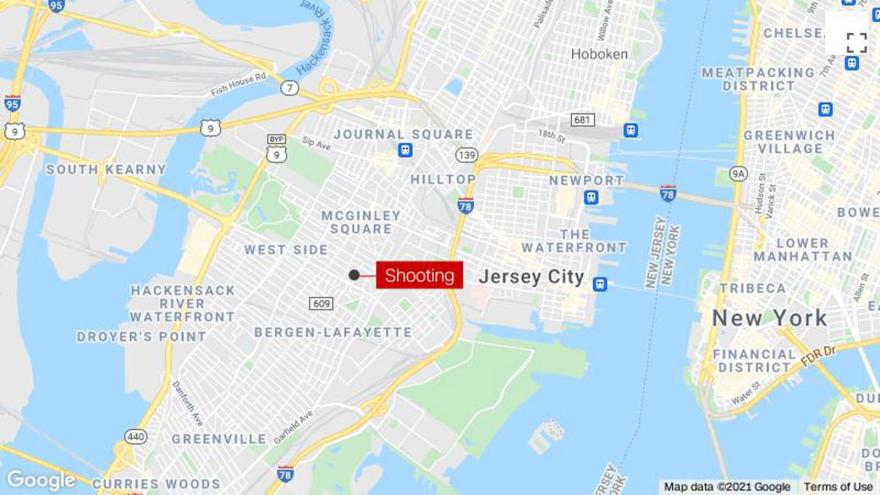 The location of the shooting in Jersey City, New Jersey.

(CNN) -- Two people died and four others were injured during a shooting in Jersey City, New Jersey, Friday night.

Six people were sitting in a car near Crescent Avenue and Brinkerhoff Street when two shooters walked up to them and fired, shooting all six of them, New Jersey Mayor Steven Fulop said Saturday morning.

The victims, five men and one woman, all between the ages of 20 and 35, were Jersey City residents, the Jersey City Police Department said in a news release. The four injured victims are in stable condition, according to police.

"Last night was a rough one and I often think about the fact that in that one split second that a person makes the decision of shooting another so many lives in our city are changed permanently from the shooter's life, to the victim's life, to all of their friends and families, to the neighbors that have PTSD from living in an environment where that occurred," Fulop said in a Facebook post.

"None of this is acceptable to us. As we are working to solve the shooting from last night, we are thinking about all those people impacted from it and how we can help them towards better days."

Fulop added that the last two months have been "challenging" due to an uptick in gun violence in the city.

"It isn't lost on me that an increase in shootings begs a larger question around how to break a cycle of violence that is often a product of people feeling desperate due to lack of opportunities -- monetarily, educationally, employment ..." Fulop said. "We are focused and working with partners in the community to break this cycle and will be investing more and more resources on the social services front to help here."

The Hudson County Prosecutor's Office Homicide Unit is investigating the incident with assistance from the Jersey City Police Department, according to the news release.