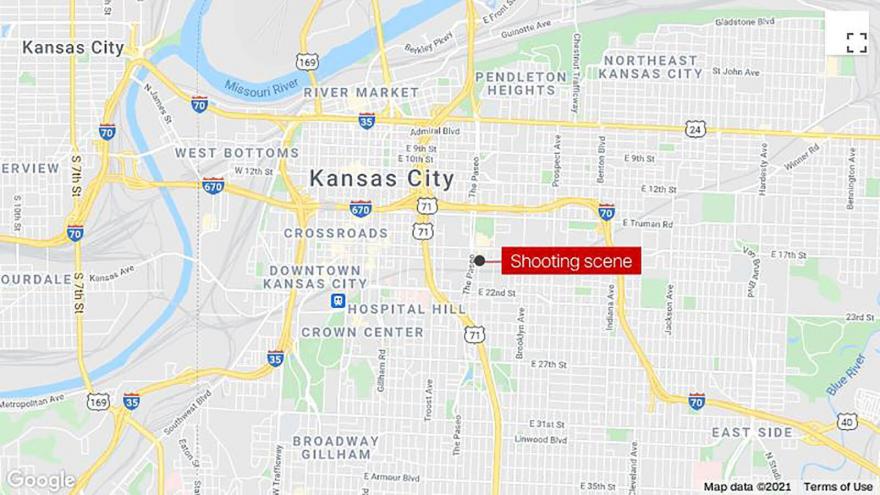 One man was killed and three people were wounded on April 25 in a shooting in the historic and entertainment district in Kansas City, Missouri, police reported.

(CNN) -- One man was killed and three people were wounded in a Sunday night shooting in the historic and entertainment district in Kansas City, Missouri, police reported.

Officers responded to a report of gunshots around 10 p.m. Sunday and found four people shot near 19th and Vine streets, the police said in a news release.

Officers provided medical care to one man until emergency medical services arrived and took him to a hospital, where he was pronounced dead, police said.

Three other adults with gunshot wounds were taken to local hospitals with non-life-threatening injuries, police said.

The incident started inside an establishment with "a fight or argument," that was followed by several gunshots there were fired outside the business, the release said.

Police did not name any suspects. A reward of $25,000 was offered for information leading to an arrest.

Kansas City Mayor Quinton Lucas tweeted that he was "Disappointed and angered to hear of more Kansas Citians struck by gunfire tonight. This evening it's in my neighborhood, but too many have been impacted just this weekend, this year, and in recent years. Praying for the victims, continuing to work to see an end to this epidemic."