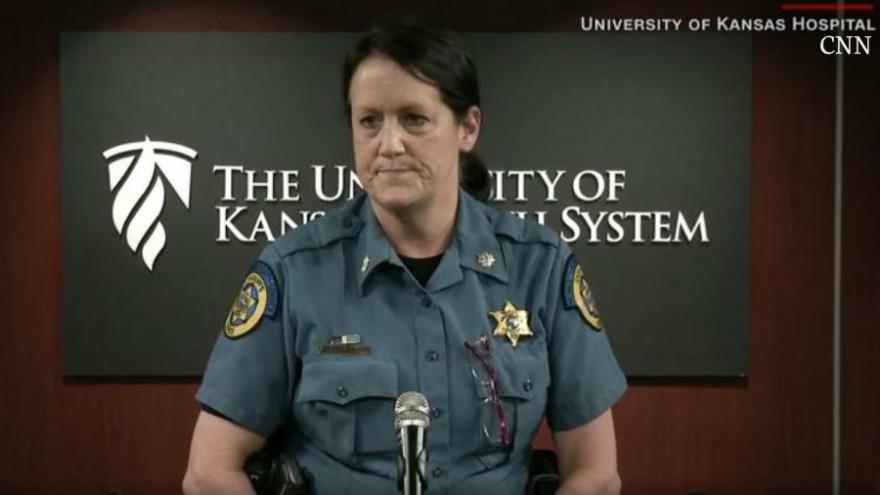 OVERLAND PARK, Kan. (AP) — One man was killed and another critically wounded Tuesday after a co-worker opened fire on two contract workers outside a suburban Kansas City elementary school.

No children were in the school when the shooting happened just after 9 a.m. at Sunrise Point Elementary School in Overland Park, Kansas, a well-to-do suburb. The suspect was tracked to a home near the shooting scene where he was arrested. He was jailed but charges had not been filed as of Tuesday afternoon.

One of the men underwent surgery but died a few hours after the shooting, police spokesman John Lacy said. The second man was hospitalized in critical condition. Their names have not been released.

The injured men were employees of a contractor that was installing synthetic turf at the school's playground. Police told the Kansas City Star the shooting happened after an argument.

Police said the suspect ran from the school and tried unsuccessfully to carjack a vehicle at a carwash. He was then able to steal a GMC Denali at gunpoint.

The empty SUV was found a short time later at the home of the carjacking victim, police said. A SWAT team surrounded the home for about two hours and tried unsuccessfully to make contact with the suspect.

When an armored police vehicle began to move toward the home around noon, the suspect surrendered peacefully, police said.