Shooting victims include a mom who died protecting her baby 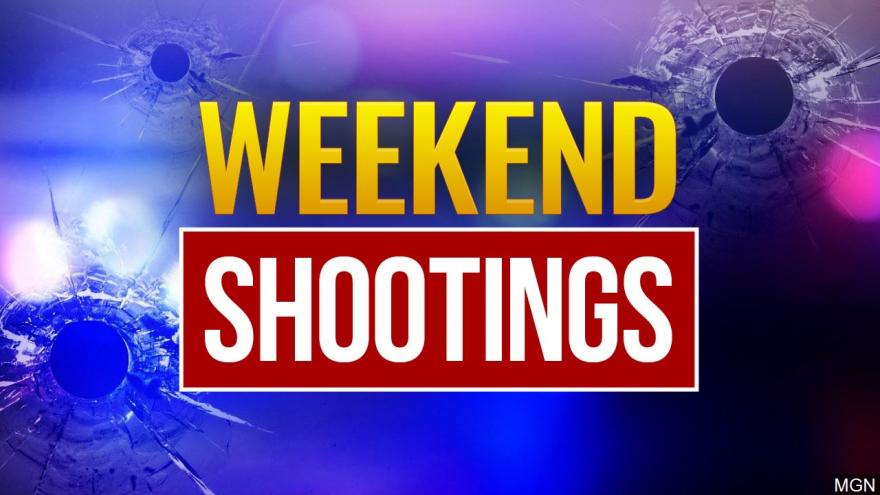 In the border town of El Paso, Texas, a shooter opened fire and left 20 people dead and more than two dozen injured. Hours later in Dayton, Ohio, a shooter killed 9 people and injured at least 27 others.

Here are some of their stories:

JORDAN ANCHONDO: 'GAVE HER LIFE' FOR HER BABY

Jordan Anchondo was among those killed in El Paso, Anchondo's sister said, and she apparently died while protecting her 2-month-old son from the hail of bullets.

Leta Jamrowski of El Paso spoke to The Associated Press as she paced a waiting room at the University Medical Center of El Paso, where her 2-month-old nephew was being treated for broken bones — the result of his mother's fall.

"From the baby's injuries, they said that more than likely my sister was trying to shield him," she said. "So when she got shot she was holding him and she fell on him, so that's why he broke some of his bones. So he pretty much lived because she gave her life."

Jordan, a mother of three, and Andre Anchondo had dropped off their 5-year old daughter at cheerleading practice before going to shop for school supplies on Saturday at a Walmart in El Paso. They never returned.

Andre Anchondo remained unaccounted for. Bodies of victims were still in the Walmart on Sunday.

Jessica Coca Garcia and Memo Garcia were at the Walmart in El Paso to raise money for their 5-year-old son's baseball team when a gunman opened fire, wounding them, a relative says.

Norma Coca told Wichita, Kansas-television station KWCH that her daughter and son-in-law were near the front doors of the Walmart when they were shot.

Jessica Coca Garcia's father, Don Coca, said they have family in the El Paso area who were able to be with the couple. Don Cocoa says: "She was just crying ... I told her that our prayers are there and we're on our way."

The couple's son and 11-year-old daughter were also at the Walmart and were not shot.

The Facebook page of Mario De Alba, who was shot in the back in El Paso and is reported to be in intensive care, shows him as a devoted father to his 10-year-old daughter Erika.

In one picture, taken in a living room, Erika cups her hand in the shape of a heart in front of an entertainment center. On the shelves behind her are the words FAMILY and PEACE in bold letters.

A Facebook post from a friend whose wife is with them in the hospital says: Mario is stable but in intensive care. Mother and daughter are out of danger.