Shots fired at gate of US Embassy in Turkey, but no one hurt 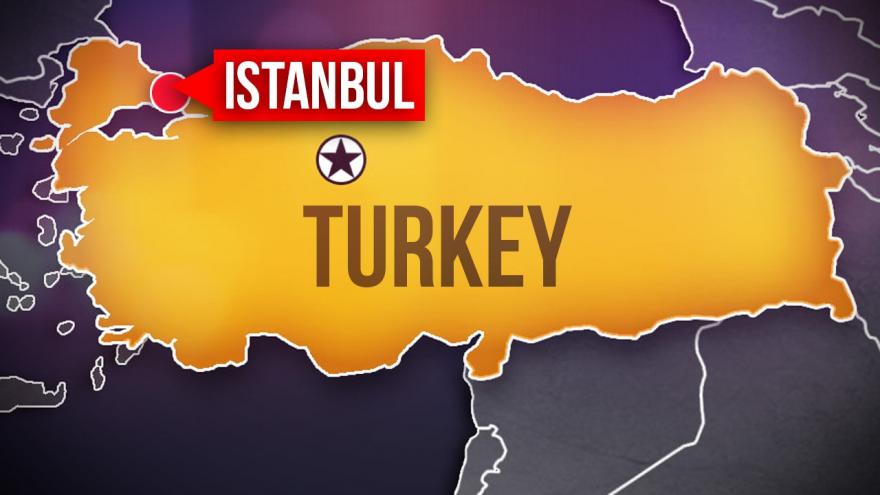 ISTANBUL (AP) — Shots were fired at a security booth outside the U.S. Embassy in Turkey's capital early Monday, but U.S. officials said no one was hurt.

Private Ihlas news agency said four to five rounds were fired from a moving white car and targeted the booth outside Gate 6 at the embassy in Ankara. Police were searching for the car.

U.S. Embassy spokesman David Gainer thanked police for their "rapid response" and said no injuries had been reported.

The U.S. mission is closed this week as Turkey celebrates the Muslim holiday of Eid al-Adha.

Ties between Ankara and Washington have been strained over the case of an imprisoned American pastor, leading the U.S. to impose sanctions, and increased tariffs sent the Turkish lira tumbling last week.

Evangelical pastor Andrew Craig Brunson —currently under house arrest after more than 1½ years in prison— is facing up to 35 years in prison if convicted of espionage and terror-related charges.

U.S. President Donald Trump has called for his immediate release and threatened more sanctions. The continued detention of a Turkish-American NASA scientist and three local consular staff members adds to the tensions.

Last week, the U.S. president signed a defense spending bill that includes delaying the delivery of F-35 fighter jets pending a Pentagon report. U.S. senators have been working to block their delivery in response to Brunson's arrest and Turkey's pledge to buy Russian S-400 missile systems.

Turkish President Recep Tayyip Erdogan has called for a boycott on U.S.-made electronic products, with some citizens heeding his call and filming themselves breaking their iPhones. Turkey has also increased imports tariffs on some products.