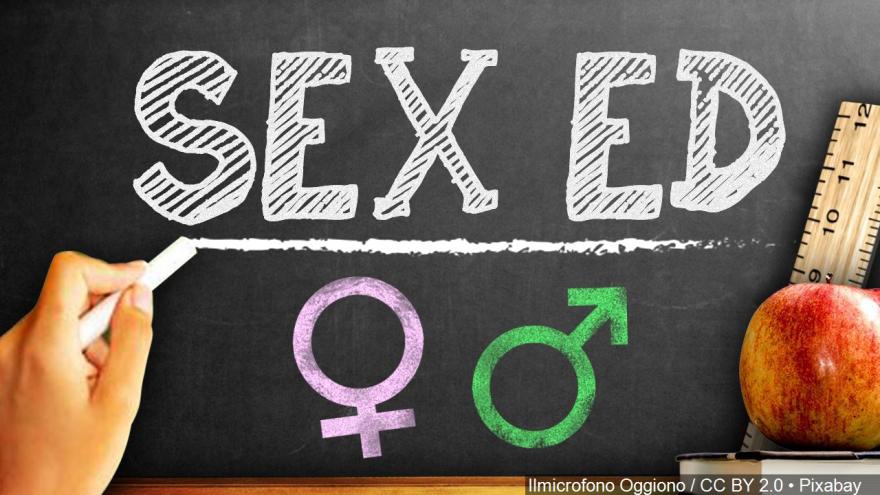 LANSING, Mich. (AP) — Amanda Thomashow said the sex education curriculum at the Michigan public schools she attended never mentioned consent, but it did warn against the perils of premarital sex.

Thomashow said such lessons fail to inform children about recognizing situations of sexual and domestic violence — a danger she knows firsthand as a sexual assault survivor of ex-sports doctor Larry Nassar. She believes a Michigan Senate bill to mandate lessons on affirmative consent, or "yes means yes" policy, in Michigan public schools can help combat sexual abuse by teaching students "they have a right to their own body and nobody else."

"I wish I had been taught these things as a kid," said Thomashow, now 28, and one of Nassar's most outspoken victims. "It would have saved me a lot of grief, honestly."

This year's version is unlikely to budge in the Republican-controlled Legislature before the summer recess, but as topics of sexual misconduct and abusive men have grown with the rise of the #MeToo movement and the Nassar case, Thomashow and other supporters of affirmative consent remain optimistic that the idea will gain traction in future legislative sessions.

Sexual assault prevention has especially galvanized Lansing, the state capital just next door to where Nassar molested hundreds of girls and women while employed at Michigan State University. Thomashow, who was the first to file a Title IX report against him, is part of the legion of Nassar survivors who successfully pushed for a raft of newly signed laws this year to overhaul how Michigan prosecutes and reports sexual assault.

Thomashow believes it's also time to rethink sex education. The "yes means yes" bill, sponsored by East Lansing Democrat state Sen. Curtis Hertel, defines affirmative consent as "conscious," ''ongoing" and "can be revoked at any time." It clarifies that a "lack of protest or resistance does not mean consent." Neither does silence, being in a relationship with the other person or having had past sexual encounters with them.

"We have a culture that is broken in Michigan," Hertel said. "We need to change our culture and adapt to changing times when 'no means no' doesn't work."

National attention on campus rape has existed long before Nassar. According to a 2015 Association of American Universities survey, almost a quarter of undergraduate women surveyed at more than two dozen universities said they experienced unwanted sexual contact during college.

"Yes means yes" is still relatively new in statehouses, however. Only California mandates consent education in K-12 public schools. In 2014 it became the first state to legalize affirmative consent in university policy and has been joined by Connecticut, Illinois and New York.

Some critics fear how such policies play out on college campuses. Joe Cohn, the legislative and policy director for the Foundation for Individual Rights in Education group that advocates for accused students' due process rights, said affirmative consent education would vest unrealistic expectations in students.

"We are not the best mind readers of each other's body language," Cohn said. "Does someone have the obligation to get permission every time they touch someone in a slightly different way? Because that's not how human sexuality has tended to work."

MSU spokeswoman Jessi Adler said the university supports Hertel's bill because "it is important to work with students before they arrive on a college campus regarding all manners of sexual assault prevention."

Under Michigan law, public schools must incorporate abstinence instruction in sex education. However, some schools also teach affirmative consent — though any public school student may opt out of sex education for religious reasons.

"Because kids are exposed to content already in unhealthy ways, it's our responsibility to create a space to learn about consent as early as they are ready," said Karlin Tichenor, executive director for school culture at Lansing School District, which teaches affirmative consent from 4th to 9th grade.

Ultimately, some researchers say it takes more than policy revamps to transform our longstanding norms on consent.

Jason Laker, a San Jose State University professor, and Erica Boas, a Santa Clara University adjunct lecturer, began interviewing college students in 2012 about consent. About 100 times, students used a phrase like "it just happened" to describe an encounter. That exemplifies how vague but complex consent can be, Laker said.

"The fact is that higher education currently treats the situation as if students hatch out of eggs at orientation," he said. "The reality is they're bringing 18 years of socialization and lived experiences."