Signs warned of 'murder hornets' at a popular hiking spot. But state officials say the signs are fake 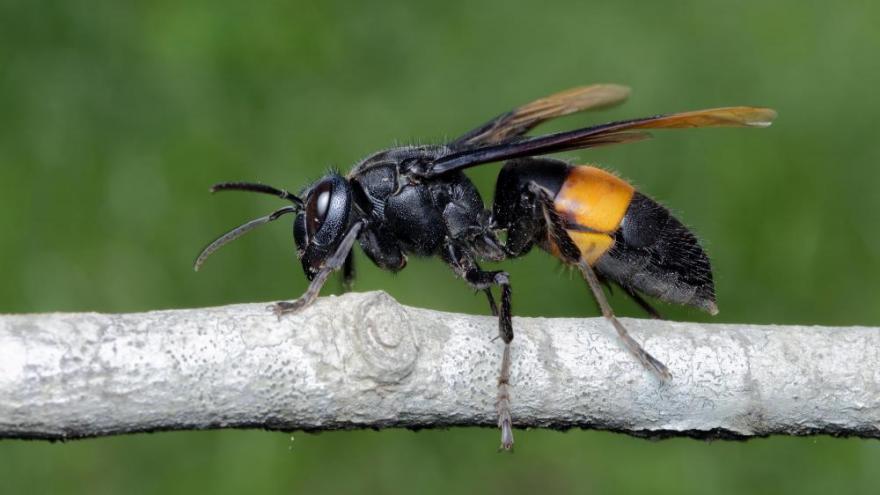 Washington state officials have not had any confirmed Asian giant hornet sitings this year.

(CNN) -- "Murder hornets" aren't a real threat to hikers in Washington, state officials said this week, despite some ominous warning signs on display in a popular hiking and recreation area suggesting otherwise.

In fact, the terrifyingly-nicknamed Asian giant hornet hasn't been spotted in the the state this year, according to the Washington State Department of Agriculture (WSDA).

"We've had thousands of reports and we haven't been able to confirm one of them as Asian giant hornets," Karla Salp, a public engagement specialist for WSDA, told CNN.

In a Facebook post on Tuesday, WSDA said officials got multiple calls, emails and social media questions from people who spotted signs warning that the insects were nesting in the area.

But the signs didn't come from any state agency and were filled with misspellings and incorrect information, Salp said.

The signs were posted in the Tiger Mountain area, which is about 30 miles southeast of Seattle.

A spokeswoman for the state Department of Natural Resources told CNN that they saw a tweet with a picture of one of the signs on Friday, and their workers went to find them and take them down.

Asian giant hornets are the world's largest hornet species and they are genuinely scary -- they grow 1.5 to 2 inches long and can sting multiple times with a stinger that can pierce clothing and even beekeepers' protective gear.

The hornets can wipe out beehives and go into a "slaughter mode" where they decapitate every bee inside, according to the department's website.

They don't generally attack people or pets, but they will if threatened.

Concerned residents have sent lots of photos of yellow jackets, bumblebees, Elm sawflies and other yellow and black insects.

The state has urged people, and especially beekepers, to keep an eye out for the Asian giant hornet and have launched an app to help report any sightings.