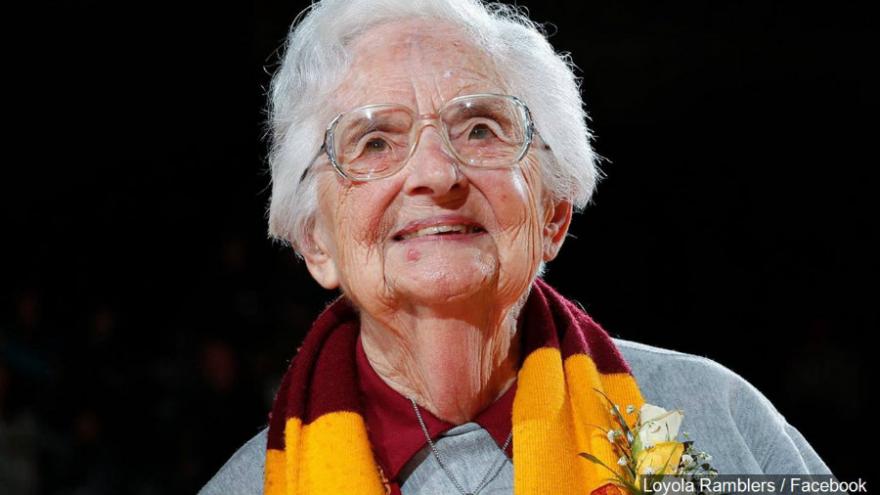 The 98-year-old Catholic nun is a chaplain of the team that made it to the NCAA men's basketball tournament's semi-final game before losing to Michigan 69-57.

She, Ramblers Coach Porter Moser and several cagers from the 32-6 team were lauded Wednesday in separate ceremonies in the House and Senate.

Sister Jean opened legislative sessions with prayers. She gained national acclaim for her fandom and for praying before each Loyola game for her Ramblers — and for their opponents.

Moser bragged that Loyola and Harvard have the highest graduation rates of any Division I schools nationally.

The Naperville native says the Ramblers' roster has seven Illinoisans. There was one when he arrived in 2011.