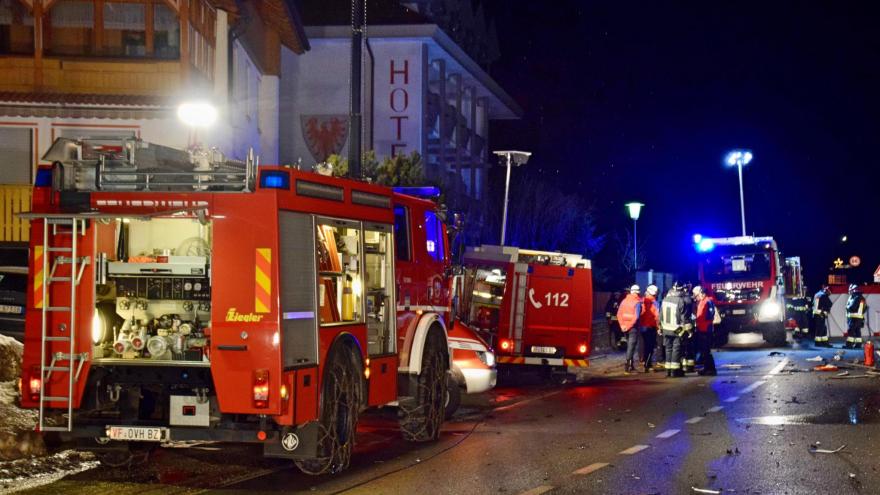 (CNN) -- Six German tourists were killed and four seriously injured after they were hit by a suspected drunk driver in the early hours of Sunday morning at the popular Italian ski resort of Lutago, authorities have said.

A total of 17 people were involved in the accident, which happened at 1.20 a.m. local time on Sunday in Bolzano province, northern Italy, Alessandro Coassin, lieutenant of the Bolzano Carabinieri police department said.

All of the six people who died were German and between the ages of 19 and 22 years, Coassin said.

Four people were seriously injured, with two people moved to hospitals in Austria, one in Bolzano and one in Brunico, Coassin added.

Officials added that the victims and injured were German tourists returning to their hotel on a tourist bus.

Authorities said that an investigation into the incident has been opened.

Lutago is located in South Tyrol, a popular ski area at the Austrian border.