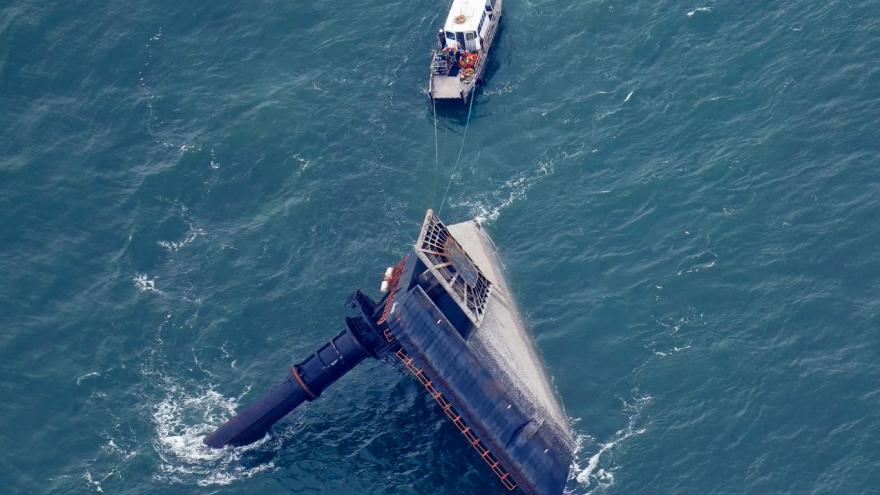 A sixth body has been recovered several miles south of Port Fourchon, Louisiana, where a commercial vessel capsized on April 13, according to the Lafourche Parish Coroner.

(CNN) -- A sixth body has been recovered several miles south of Port Fourchon, Louisiana, where a commercial vessel capsized on April 13, according to the Lafourche Parish Coroner.

There were 19 people on board the 129-foot commercial liftboat, known as Seacor Power, at the time of the capsize, according to the US Coast Guard. Six people were rescued, six bodies have been recovered and seven people remain missing.

Officials say the details of the ship's mission and where it was going are still under investigation. Liftboats are used to service oil platforms and other offshore assets like wind farms.

"Our rescue crews have been diligently continuing the search and rescue efforts for the missing people from the capsized vessel," said Capt. Will Watson, commander of Coast Guard Sector New Orleans.

"Out of respect for privacy of the family members involved, the Coast Guard is not releasing the names of those rescued, recovered or missing," the US Coast Guard said in a statement last week.

A 45-foot response boat, helicopter, plane, and cutter have been involved in searching what Watson calls "a very fixed location" because the vessel was not drifting. Port Fourchon Parish has deployed a search boat as well, according to Watson, noting that the water temperature is above 70 degrees.

According to the US Search and Rescue Task Force, the human body can survive prolonged periods of time in the water as long as the temperature is around or above 70 degrees Fahrenheit.