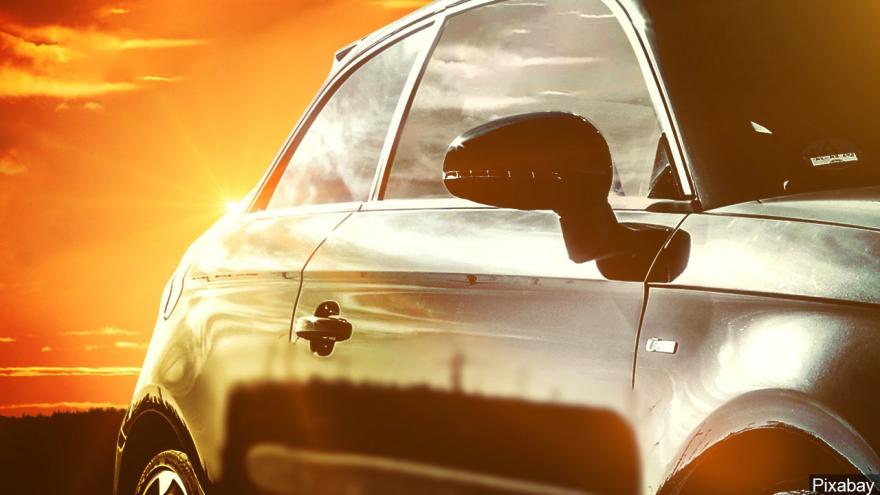 CLEVELAND, Ohio (WEWS) -- A skin cancer survivor is baffled after she was ticketed for tinted windows, despite telling the officer the tint was for health reasons, and she said the city would not work with her on a solution.

Parma Heights resident Shannon Coughlin said she was running an errand in Brooklyn on Sept. 14 when she was pulled over by a police officer.

Body cam footage obtained by News 5 Investigators shows the exchange between Coughlin and the officer.

“The reason I stopped you [is] your windows are too dark,” the officer can be heard saying in the video.

Later in the video, Coughlin explained why she had to have the tint installed – she used to have skin cancer.

She showed us pictures from her past surgery.

“I told him I had the tint put on there because I was diagnosed a couple years ago with skin cancer, and the doctor had said that I should take any precautions that I could,” she said. “I’m just trying to avoid getting another scar on my neck.”

The officer told her she would need to keep a note from her doctor in her car while driving. She didn’t know.

He also told her if she had documentation, she could bring it to court.

Later that month, her doctor wrote her a note that said, in part, the “tint is considered medically necessary.”

Between a fine and court costs, Coughlin faced a $170 ticket for tinted windows. She said she asked the mayor’s court clerk if she can schedule a meeting to speak with the mayor or another city official to discuss the ticket and her reason for needing the tint.

Coughlin said the city told her the only time she could speak with an official was during her court session.

We checked with the mayor’s court clerk, who confirmed to News 5 that the only time to discuss a ticket is to come in during a court date.

Coughlin said she had just gotten a new job, and to her, going to court to fight the $170 fine wasn’t worth the impact on her job. She waived her right to a court hearing and paid the ticket.

“No one was listening or giving me any kind of chance,” she said. “I still had to pay the fine.”

We requested an on-camera interview with Brooklyn Mayor Katie Gallagher about Coughlin’s incident. She declined but did answer questions via email, which you can read in full at the end of this story.

Her statement said, in part, “[Coughlin] did not reach out to my office about this matter at any point.”

“The Brooklyn patrol officer wrote the ticket based on the information he had available to him at the time of the stop, which did not include any medical information,” Gallagher said. “Ms. Coughlin then paid the ticket instead of coming to court and presenting the note she received from her doctor after the ticket was written.”

News 5 also reached out to Brooklyn Police Chief Scott Mielke, who said in Coughlin’s case, he would have fielded questions about the tinted window ticket.

Gallagher also said the city’s administration sets the waiver schedule with help from the magistrate, police, Ohio law and, in part, what other communities do.

Not one specifically lists tinted windows in their waiver schedules. Brooklyn does.

We also compared the $170 fine to other violations in Brooklyn. For example, a driver can get into an accident with property damage and it costs just as much.

We also found other traffic violations in the city that have smaller fines than tinted windows. This includes driving 15 miles per hour over the speed limit, child restraint issues, driving an unsafe vehicle and trick riding.

Gallagher told us “…any traffic violation can be considered serious.”

“I don’t think getting ticketed for having something medically necessary was at all deserved,” Coughlin said.

You can read Gallagher’s responses to On Your Side Investigator Jonathan Walsh’s questions below:

How are they determined? Court costs are determined first, and then appropriate fines are added.

Are there comparisons to other like-communities and then you adapt to fit your needs? Other communities' waiver schedules are considered in part, yes.

Is there a rule or something in the Ohio Revised Code that helps guide you on where to set the waiver fees? The Revised Code establishes the maximum fines for misdemeanor and traffic offenses based on the level of offense, and we do not exceed those.

Does the police department help with setting the fees? The department assists in gathering information for the administration's review of a proposed waiver schedule.

We did notice the tinted window violation comes with a $170 total fee. That total includes $90 in court costs and an $80 fine. We also noticed other violations like Driving left side of road, Rt. Of way to public safety vehicles, Fail to Cont. - Fulltime & Att.- prop. Damage MVA have the same fee. Are those violations equal in severity to tinted windows in your mind? Depending on the circumstances of a particular incident (as suggested by the newly enacted H.B. 95 [legislature.ohio.gov]), any traffic violation can be considered serious, and as with every mayor's and municipal court, waiver schedules take that into account. It is also why people who do not wish to waive their right to appear have the right to come to court to speak to a magistrate.

Other violations in the waiver schedule show Speeding up to 15 mph over the given limit, Stop/Yield signs, Traffic lights/Red light, One-way street, Seatbelt passenger, driver, and a child restraint are all less than the tinted windows violation. Do you view tinted windows as a higher violation than those moving and/or safety constraint violations? My prior response addresses this question.

There are also violations called Trick Riding and Unsafe Vehicle that are at $145 and $155 respectively. Do you also view these as violations not equal to the tinted windows violation? My prior response addresses this question.