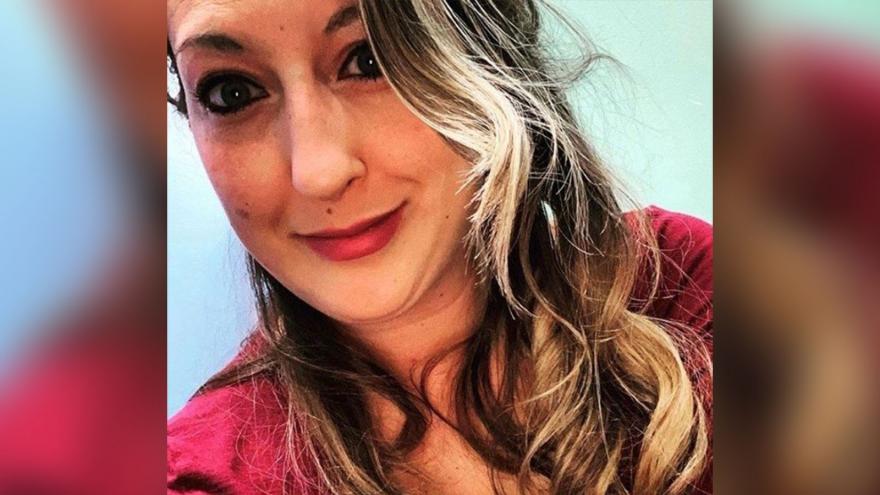 (CNN) -- Heidi Broussard, the Texas mother who was found dead just days after she and her infant were reported missing, was laid to rest Saturday as loved ones gathered to remember her in her hometown.

Broussard vanished with her 4-week-old daughter, Margot Carey, on December 12 after dropping off her son at his elementary school in Austin, Texas. A search of a home a week later uncovered the infant and Broussard's remains.

Margot was reunited with her father, Shane Carey, this week.

"Heidi was infectious," Cari Laughlin, a friend of Broussard's, told CNN affiliate KTRK. "She was a free spirit. She didn't want to be put in a cage. She was fun. We laughed a lot. She understood. She would have done anything for anybody."

Broussard's services took place Saturday afternoon in Lake Charles, Louisiana, where she lived most of her life.

Broussard, who loved animals and was studying to be a veterinary technician, will be remembered for her adventurous and giving spirit, her obituary said.

"Her spirit brightened every room she entered, her smile and laughter brightened the day and her heart and guidance lifted countless many," the obituary said.

Friend connected to the case

An autopsy determined that Broussard died by strangulation and her place of death was listed as the trunk of a vehicle, according to the Harris County Institute of Forensic Sciences.

Magen Fieramusca, a friend of Broussard's, has been connected to the case.

Fieramusca was arrested in Harris County last week and transported to Travis County, where she is being held on two counts of kidnapping and one count of tampering with a corpse, according to the Travis County Sheriff's Office. She's being held on $600,000 bond, the office said.

Authorities have not identified a suspect, but a source familiar with the investigation told CNN that she is a suspect in the case.

Fieramusca had her first appearance before a judge in Travis County, and the date for her next hearing has not been set yet, the Travis County District Attorney's office told CNN.

Ty Carey, Baby Margot's grandfather, was the one to report the infant and her mother missing.

Carey told KEYE that he'd last spoken to Broussard at about 8 a.m. the day she and the infant were reported missing.