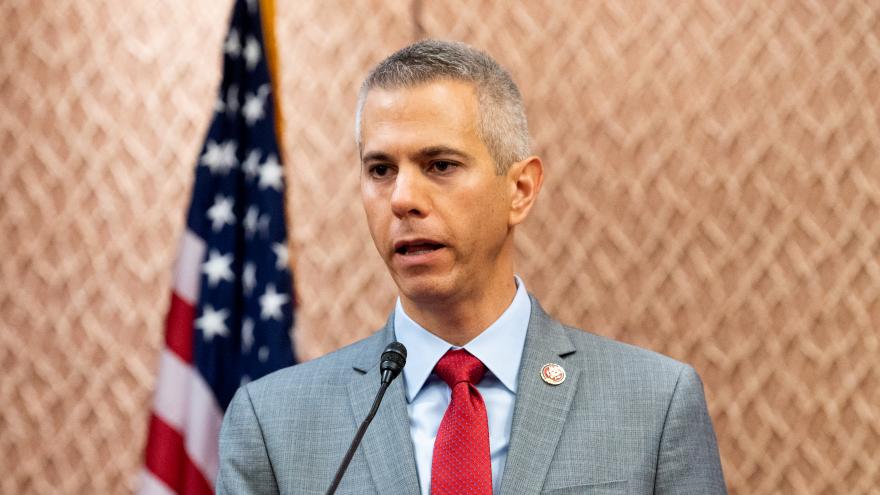 (CNN) -- A small group of House Democrats from districts won by President Donald Trump met Monday night and discussed a way to avoid the impeachment of the President and censure him instead.

They argued that the outcome of an impeachment trial in the Republican-controlled Senate will inevitably lead to an acquittal and that a less severe punishment would increase the chances of building at least some bipartisan support. But the members recognized that censuring Trump was unlikely to galvanize enough Democrats to succeed, according to two sources with knowledge of the meeting.

The meeting — on the eve of their party leaders unveiling the articles of impeachment — showed the lengths some House Democrats would be willing to go to avoid the vote expected next week and protect themselves from Republican attacks. The meeting was first reported by Politico.

"I think all options should be on the table," said Democratic Rep. Anthony Brindisi of New York, one of the members present.

On Tuesday, House Judiciary Committee Chairman Jerry Nadler released a nine-page resolution defining two articles of impeachment against the President — abuse of power and obstruction of Congress. The first charges that he put himself before the country in soliciting Ukrainian interference in his reelection race, while using nearly $400 million in aid and a coveted White House meeting as leverage. The second charges that he instructed key witnesses to not testify before Congress.

Next week, the House is expected to impeach a president for the third time in US history. Trump has called the entire investigation a witch hunt.

Since October, about half the country has said it would like to impeach and remove Trump in CNN/SSRS polling. But Republicans are targeting Democrats in districts where Trump is more popular. The conservative American Action Network announced on Tuesday it would expand its attack ads, spending an additional $1.5 million in 10 battleground districts.

Last week, Rep. Tom Emmer, the chairman of the National Republican Congressional Committee, predicted the impeachment of Trump will flip the House in 2020. Rep. Cheri Bustos, the chairwoman of the Democratic Congressional Campaign Committee, dismissed him on Tuesday, saying, "He doesn't know what he's talking about."

But some Democrats are wary of how the vote will affect their reelection races. Hours after the articles were introduced, many Democrats said they were still reviewing them.

"I'm going to do exactly what I was trained to do as a CIA officer, I'm going to look at the full body of information, read it thoroughly and make an objective decision," said Rep. Elissa Slotkin of Michigan. "It's probably the most serious consideration I'll give anything that I'll consider in my one year in Congress."

Others shifted their critiques of the President to the other major announcement on Tuesday — a bipartisan deal struck on the United States-Mexico-Canada Agreement. When CNN approached Democratic Rep. Colin Allred of Texas, he said he wanted to talk about USMCA and the certainty it would provide to his district.

When asked about impeachment, Allred said that "it's clear that a serious abuse of power happened here," but it was not something he was spending a lot of time on.

"Whatever decision I make would be based on what I think is consistent with the Constitution, with our values as a country, what I think is best for north Texas — and not any partisan consideration," said Allred.

But Rep. Elaine Luria of Virginia said she did, content that the articles did not expand into other territory Democrats have investigated, including the alleged obstruction of justice episodes found in special counsel Robert Mueller's report.

"I'm very concerned about the President using his position to leverage foreign aid ... in order to create dirt on a political opponent and re-litigate the 2016 election results," said Luria. "I think he hasn't upheld his oath of office and I think that we need to hold him accountable and that's our job as the legislative branch."

"I wanted to see that they would be narrow," she added. "So I'm satisfied with them."