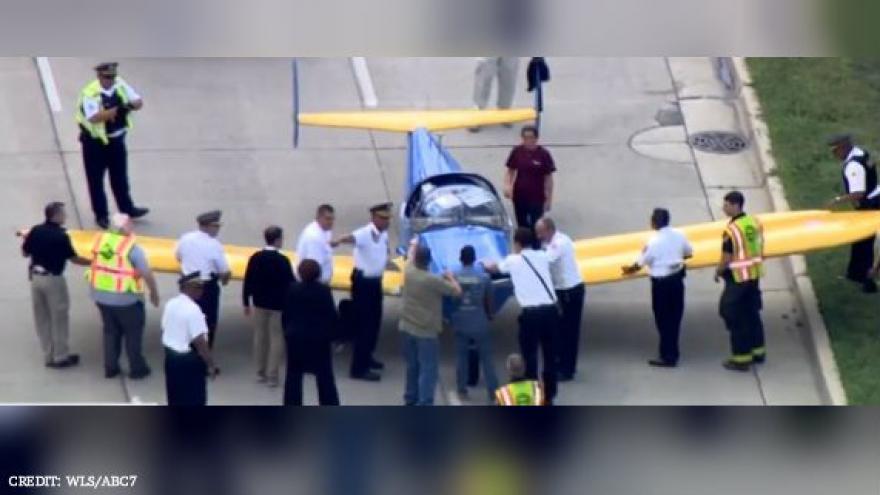 Authorities say no vehicles were struck when the single-engine aircraft landed during the early stages of Friday's evening rush hour.

The unidentified pilot flew the aircraft under a pedestrian bridge before landing south of the McCormick Place convention center. No one was injured.

A city official said the Ercoupe 415-D was headed to Ohio after taking part in an air show in Kenosha, Wisconsin.

Police and fire personnel pushed the plane onto the parkway more than an hour after it landed, reopening three of four southbound lanes to traffic backed up for miles.