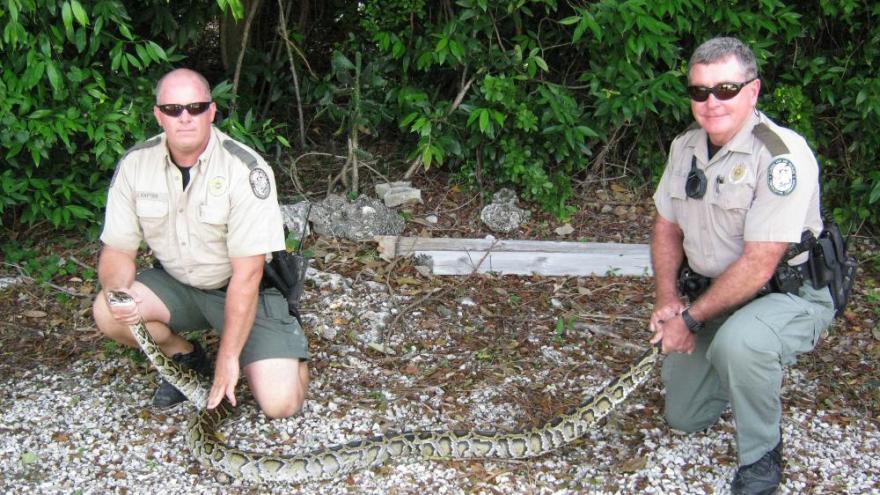 Five thousand Burmese pythons have been removed from the Everglades, according to the Florida Fish and Wildlife Conservation Commission.

(CNN) -- Talk about your unwanted guests.

Burmese pythons are not naturally found in Florida. But the non-native pests reproduce -- and kill other species -- so frequently that the state takes extraordinary measures to combat them.

Wildlife officials removed 5,000 from the Everglades, according to a statement from the Florida Fish and Wildlife Conservation Commission.

"Each invasive python eliminated represents hundreds of native Florida wildlife saved," said "Alligator Ron" Bergeron, a member of the South Florida Water Management District's governing board. "Florida is doing more than it ever has to remove pythons from the Everglades and protect this ecosystem for generations to come."

How did Burmese pythons become so established in Florida?

Wildlife officials say it happened as a result of escaped or released pets. It is illegal to release nonnative species into the wild.