Social Security recipients get 5.9% increase, but rising prices will offset the boost 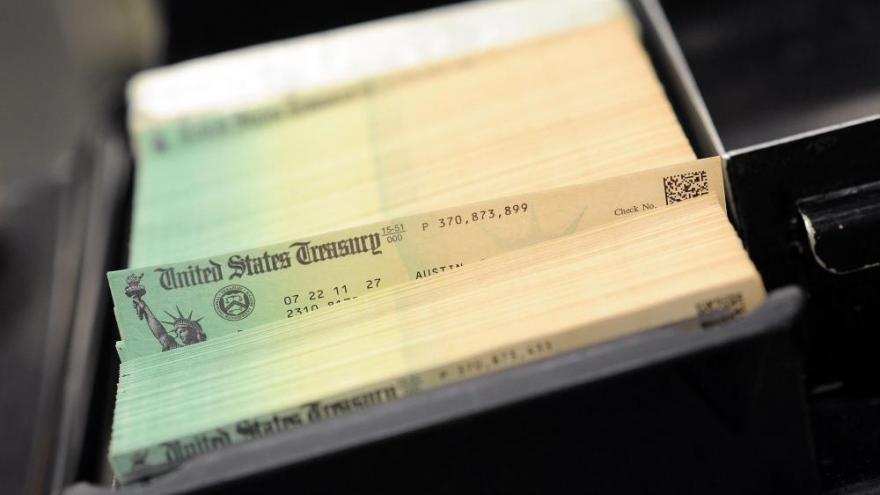 Social Security recipients will see their monthly checks soar by 5.9% next year, the largest increase since 1982, the Social Security Administration announced on September 13, though rising prices due to inflation will likely offset the benefit to seniors. Social security checks are seen piled at the U.S. Treasury in July 2011 in Philadelphia, Pennsylvania.

(CNN) -- Social Security recipients will receive an annual cost of living adjustment of 5.9% next year, the largest increase since 1982, the Social Security Administration announced Wednesday.

"This would be the highest COLA that most beneficiaries living today have ever seen," said Mary Johnson, Social Security and Medicare policy analyst for The Senior Citizens League.

But that doesn't mean they'll be able to go on a spending spree. The reason for the hike is because inflation is soaring too.

The roughly 70 million people who get Social Security, including retirees, Americans with disabilities and others, receive a cost of living adjustment, or COLA, each year. It's based on a one-year increase in inflation and is designed to help beneficiaries cope when prices rise.

In 2021, the adjustment was 1.3% -- which translated into a roughly $20 a month increase for retired workers. Over the past 12 years, the boost has averaged 1.4%, according to the league.

"But large as it may appear on paper, it is not nearly enough for seniors and people with disabilities on fixed incomes to make ends meet," she said.

The annual increase hasn't kept pace with the rising costs of the goods and services that retirees typically use, according to a recent study by The Senior Citizens League. It noted that it has received more than 200 emails over the past month, with many retired and disabled senders saying rising inflation is making it impossible for them to pay their bills.

RELATED: Retirees are getting hit by rising prices. Here's what will soften the blow

Social Security benefits have lost 32% of their buying power since 2000, the advocacy group found. The annual adjustments have increased payments by a total of 55%, but seniors' typical expenses have grown nearly 105% over the same period.

The soaring cost of gas, used vehicles, home heating oil, bacon, eggs, beef, milk and home care for the elderly were among the fastest-growing expenses for older Americans over the year ending July 2021, the league found.

The national average price for gasoline hit $3.27 a gallon on Monday, according to AAA. That's the highest in seven years and near double the price in April 2020.

Housing costs rose nearly 118% and health care costs increased 145% since 2000, said Johnson. These two categories are not adequately accounted for in the annual adjustment, she said.

Medicare Part B premiums, which are typically deducted from Social Security checks, are also expected to increase significantly next year. Medicare's trustees estimated in August that the standard monthly premium will jump about 6.7% for 2022.

Social Security's finances remain on shaky ground. The trust fund that pays benefits to retirees and their survivors will be depleted by 2033 and only able to distribute roughly three-quarters of promised payments unless Congress addresses the program's long-term funding shortfall, according to the most recent Social Security trustees' report.

That's one year earlier than reported in 2020 due to the pandemic, which reduced the number of workers paying Social Security tax. But Covid-19's long-term effects on the trust funds remain unclear.