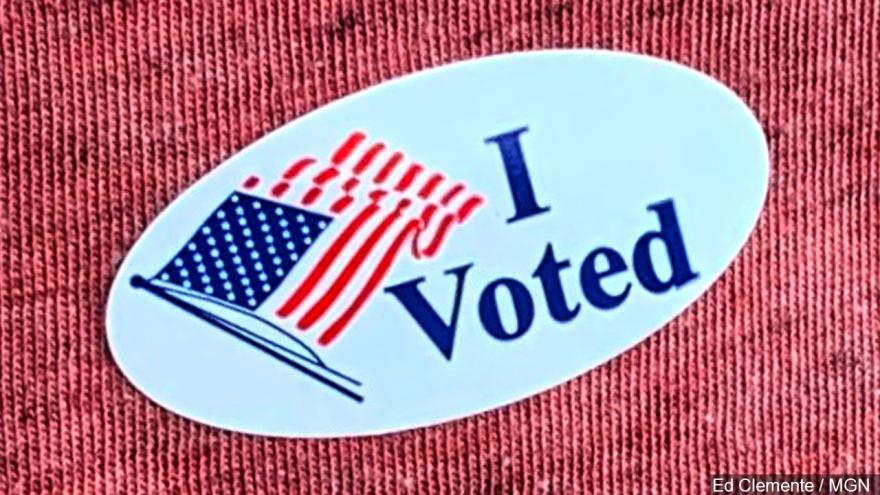 (CNN) -- Arizona, Florida and Illinois are moving forward with their presidential primaries on Tuesday, while other states postpone their elections over concerns about the coronavirus pandemic.

In Ohio, where a primary was scheduled, Gov. Mike DeWine announced Monday night that polls will be closed because of a health emergency. The Ohio health director issued the order.

Tuesday's elections come after Louisiana, Georgia and Kentucky -- all slated to vote in the coming weeks -- have postponed their elections, citing risks to voters and poll workers with in-person voting posed by the virus.

The Centers for Disease Control and Prevention on Sunday recommended that no gatherings with 50 people or more take place for the next eight weeks to slow the spread of the novel coronavirus. The agency said these gatherings include conferences, festivals, parades, concerts, sporting events, weddings and other types of assemblies. Additionally, the White House said Monday that all Americans should avoid groups of more than 10 and advised older people to stay home.

Still, as Arizona, Florida and Illinois prepare for Election Day in spite of the coronavirus outbreak, state officials said they are taking precautionary measures to protect voters and those working the elections amid the pandemic.

Here's how the coronavirus outbreak is affecting each state's election.

Hobbs said in a news conference that her office understands the apprehension that voters have, and that her office has been consulting with election officials, health experts and leaders from the Democratic party "who agree that the election should move forward tomorrow."

"This decision was not made lightly and what it all comes down to is that we have no guarantee that there will be a safer time to hold this election in the future- and elections do not end on election day," Hobbs said. "There are thousands of workers in communities across the state that must continue the job of counting the ballots in the days following the election. The longer we wait, the more difficult and dangerous this will become."

Illinois Gov. JB Pritzker said Monday that the state would not postpone its elections.

"We have to have our elections continue...this is the right thing to do, our democracy needs to go on, we need to elect leaders, if we canceled these elections when would you have an election," the governor told reporters at a daily news conference

The governor said the state was "taking every precaution" at polling locations, saying voting machines would be wiped down after a person votes, and there will be plenty of hand sanitizer for people to use.

Earlier in the day, the governor mandated that any gathering of 50 or more people be canceled in the state. Even with that new order, the governor said, "I feel good about the decision to have the election go on tomorrow."

In Ohio, a saga has played out over whether voters would head to the polls because of the coronavirus outbreak. On Monday, Ohio Gov. Mike DeWine requested that a court move the election to June because of the pandemic. A judge denied DeWine's request. Then, late Monday, the governor said Ohio Health Director Amy Acton would order the polls closed because of a health emergency.

Prior to the order, these were some of the steps the state took to address the pandemic: