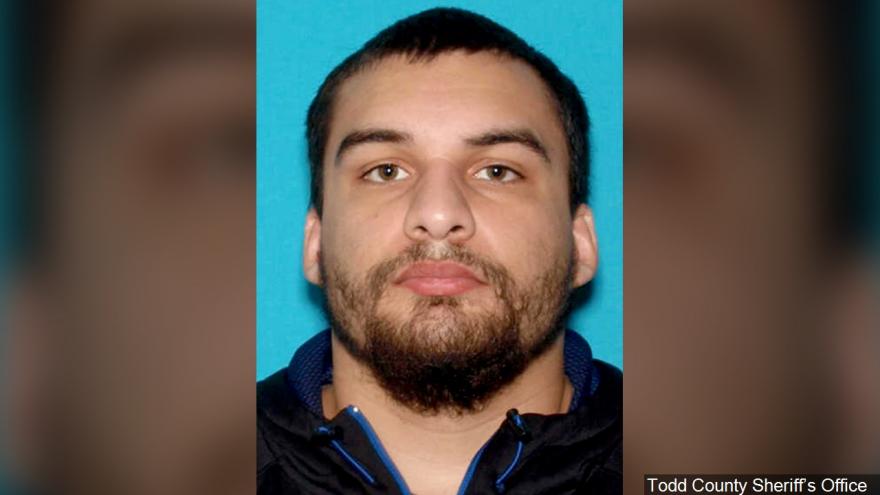 LONG PRAIRIE, Minn. (AP) — Authorities say the son of a former NFL lineman wanted on murder charges in Minnesota for the shooting of his parents was arrested Saturday in Mexico.

Authorities say Bennett had contacted County Sheriff Steve Och earlier in the day to say that he would turn himself in to the FBI. But a sheriff's office statement said the arrest by Mexican authorities came before the information could be communicated to them.

"The FBI is taking him into custody now and will transport him to Minnesota in the coming days," the statement said.

The bodies of 63-year-old Barry Bennett and his wife, Carol, were found Wednesday at their home in Long Prairie, a town of about 3,500 people 124 miles (200 kilometers) northwest of Minneapolis. Their deaths were ruled homicide from gunshots.

A criminal complaint says Dylan Bennett's car was at the scene with an empty box for a 9 mm handgun inside, along with ammunition.

According to the criminal complaint, Barry Bennett told the Todd County Sheriff's Office in December that Dylan had expressed thoughts about killing his parents while he was in a mental health treatment facility.

The criminal complaint outlines how authorities tracked the family in recent days.

Barry Bennett was seen Monday in Long Prairie at about noon. Earlier Monday, Dylan Bennett was seen driving his car during a bank transaction in which a large sum of cash was withdrawn from the Bennetts' account, the complaint said.

Carol Bennett's credit and debit cards were used in Wisconsin, Illinois and Ohio on Monday, Tuesday and Wednesday. Her car was found in Columbus, Ohio. Dylan Bennett had a plane ticket for a flight from Columbus to Cancun.