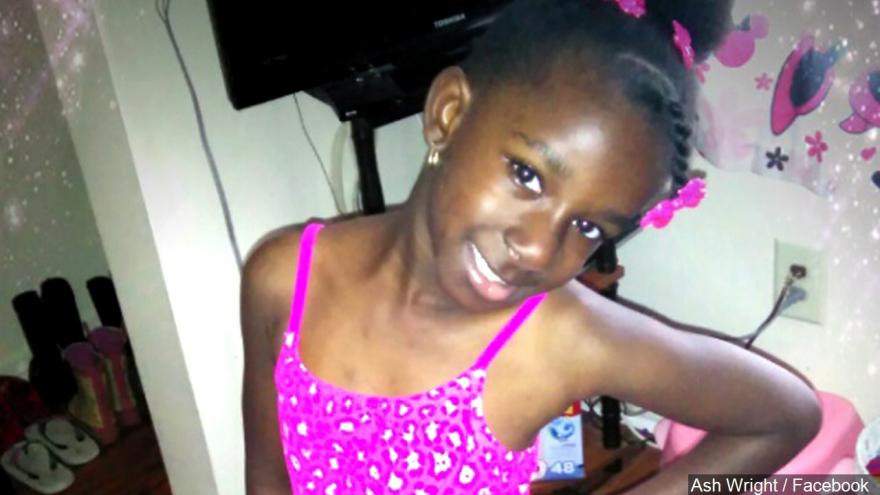 (CNN) -- South Carolina fifth-grader Raniya Wright -- the student who died last month after a fight at her elementary school -- died of natural causes, and there's no evidence the fight contributed to her death, prosecutor Duffie Stone said Friday.

"There was no evidence of trauma on or inside her body ... that would indicate that any fight (of) any magnitude contributed to her death," Stone, the area solicitor, said at a news conference.

"There will be no criminal charges brought," he said.

Raniya, 10, died of a blood-vessel rupture in the brain related to a birth defect -- an "arteriovenous malformation" -- that could have taken place "just about any time," and the "fight did not have anything to do with her passing away," Stone said.

She was involved in a "five- to 10-second slap fight" with another student in a classroom at Forest Hills Elementary in Walterboro on March 25, and a teacher separated them, Colleton County Sheriff R.A. Strickland said Friday. Raniya had no sign of and spoke of no injury, but complained of a headache about 10 minutes later at the principal's office, he said.

Authorities have said she then lost consciousness, and medics took her to a local hospital. She later was transferred to the Medical University of South Carolina in Charleston, where she died.

Stone said Raniya had visited a doctor at least six times relating to headaches since February 2017, including 13 days before the fight.

"The headaches are a manifestation" of "this type of condition," he said.

When reporters asked whether the fight could have affected her condition, including whether stress led to the rupture, Stone said: "They (pathologists and others who examined Raniya) had no signs whatsoever that the fight had anything to do with it."

Stone, as well as Strickland and Richard Harvey, the county coroner, announced at the news conference their initial findings in the investigation of the 10-year-old's death.

Investigators appear at odds with Raniya's mother over students' histories

Authorities appear to be at odds with what Raniya's family has been saying about what led to the March 25 fight and the degree to which the students had been antagonistic previously.

"Petty children's things" appeared to lead to the slap fight in the classroom, sheriff's Maj. Jason Chapman said at the news conference.

Chapman cited interviews with students -- including a statement from Raniya sometime before she died. Chapman didn't say when Raniya's statement was taken.

"It did not appear to be anything that transpired prior to that date or anything that had grown" from a previous incident, Chapman said. "Speaking with teachers, there's not any (other) documented incidents" between the two children.

But speaking to "Good Morning America" earlier this month, Raniya's mother, Ashley Wright, said Raniya's friends told her that a bully had been baiting the 10-year-old into a fight and caused her to hit her head on a bookshelf before she died.

"She would just always come home saying this one girl was picking on her," Ashley Wright told GMA on April 8. The complaints had been ongoing since the fourth grade, Wright said.

Stone, the prosecutor, said he met with Raniya's family Friday morning and explained his office's findings before he announced them at the news conference.