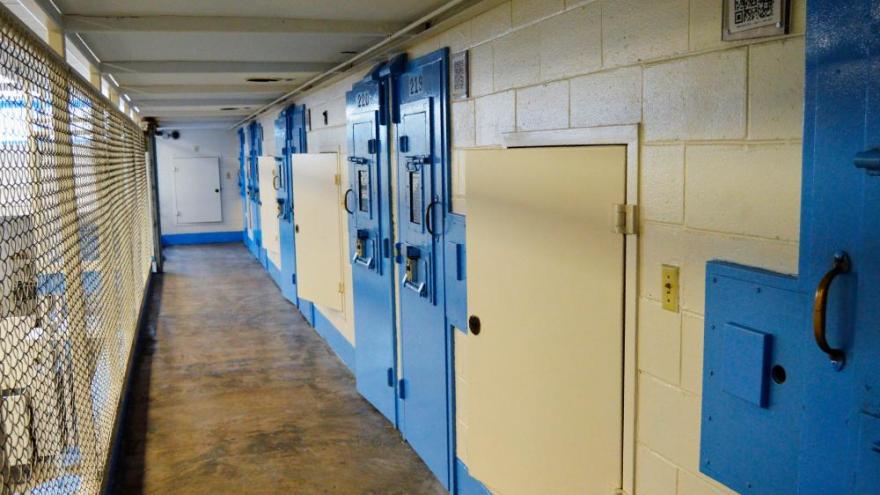 (CNN) -- Republican South Carolina Gov. Henry McMaster on Friday signed into law a bill allowing death row inmates to elect execution by electric chair or firing squad if lethal injection drugs are not available, according to the state legislature's website.

The change in South Carolina's law comes as states nationwide have hit barriers executing those on death row due to problems administering lethal injections, the widely preferred method in the US. Difficulties finding the required drugs have essentially paused executions in many states, including South Carolina, which has not had an execution since 2011.

While there haven't been any federal or state executions since President Joe Biden took office, according to the Death Penalty Information Center, about 2,500 men and women sit on death row in federal and state prisons across the US. Progressive Democrats in Congress have urged the President to sign an executive order that would end the federal death penalty.

"President Biden made clear, as he did on the campaign trail, that he has grave concerns about whether capital punishment, as currently implemented, is consistent with the values that are fundamental to our sense of justice and fairness," White House press secretary Jen Psaki said in March, after the Supreme Court agreed to review a death penalty case involving one of the brothers convicted in the Boston Marathon bombing.

The new South Carolina law keeps lethal injection as the primary method of execution but states that if lethal injection is unavailable "then the manner of inflicting a death sentence must be by electrocution, unless the convicted person elects death by firing squad."

The law also states that death row inmates must make their election within 14 days of their execution date "or it is waived. "

If the prisoner does not make an election, the state's Department of Corrections will use electrocution to carry out the execution.

In a tweet on Monday, McMaster said, "This weekend, I signed legislation into law that will allow the state to carry out a death sentence. The families and loved ones of victims are owed closure and justice by law. Now, we can provide it."

CNN has reached out to McMaster's office for further comment on the bill signing.

The South Carolina Department of Corrections says it is looking into how to perform firing squad executions.

"The S.C. Department of Corrections will inform the S.C. Supreme Court that it can carry out executions. The only method available at this time is the electric chair," Director of Communications Chrysti Shain told CNN in an email. "The department is working to develop protocols and procedures to proceed with execution by firing squad and still has no lethal injections drugs. We are currently looking at other states for guidance in developing firing squad protocols."

Justice 360, a nonprofit organization that represents many people on death row in South Carolina, called the methods inhumane.

"This isn't about the death penalty, itself. This is about are you going to carry out a lawfully ordered sentence in the most humane method that is available? That is not a firing squad. That's not the electric chair," founder John Blume told CNN.

"It's inconceivable to me that they can't get the drugs to carry this out like all these other places have," Blume continued. "If they don't get them and they carry them out this way, they run a real risk that they are going to torture somebody to death. I understand nobody has the right to a completely painless death, but these other two methods are really barbaric."