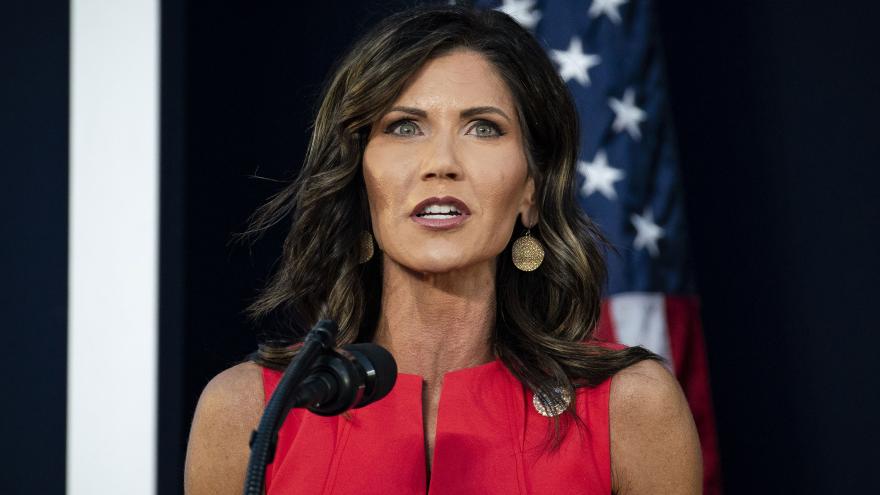 "South Dakota's economy, having never been shut down, has recovered nearly 80% of our job losses," Noem, a vocal supporter of the President, said in a statement on Friday. "South Dakota is open for business -- that applies to our business owners and their employees."

In an executive action announced last weekend, Trump said the federal government would provide the jobless with a $300 payment, using $44 billion in disaster relief money from the Federal Emergency Management Agency. The move came after Congress failed to extend its unemployment supplement, which expired at the end of July after providing the unemployed with $600 a week for four months.

But states would have to accept the Trump administration's offer, which would require they create a new payment system since it's not part of the existing unemployment program.

Initially, the President said the unemployed would receive as much as $400 a week, but that states would have to put up $100 of that amount. After an outcry from cash-strapped states, the Department of Labor said states can count the state benefits they are already paying toward the match requirement.

It could take weeks for the Lost Wages Assistance money to start flowing to the unemployed, according to some experts, though the administration said it can be done in two weeks. Payments will be retroactive to the week ending August 1 but may last for only six weeks if all states sign up.

Four states -- Arizona, Iowa, Louisiana and New Mexico -- have applied for and been approved for the program, Trump tweeted Saturday.

"More states to come!" he tweeted.

Alaska Gov. Mike Dunleavy and West Virginia Gov. Jim Justice, both Republicans, and North Carolina Gov. Roy Cooper, a Democrat, said last week that their states will participate, as well. Other governors, including Brian Kemp of Georgia, another Trump ally, said they are reviewing the executive measure.

Although Noem says South Dakota has recovered many of its jobs, its June unemployment rate was 7.2%, more than twice March's 3.1% rate, though down from 10.9% in April. Eight states had lower rates in June.

More than 28 million Americans were receiving jobless benefits in various programs, as of July 25. But not all will qualify for Trump's boost -- only those receiving at least $100 in state benefits are eligible.