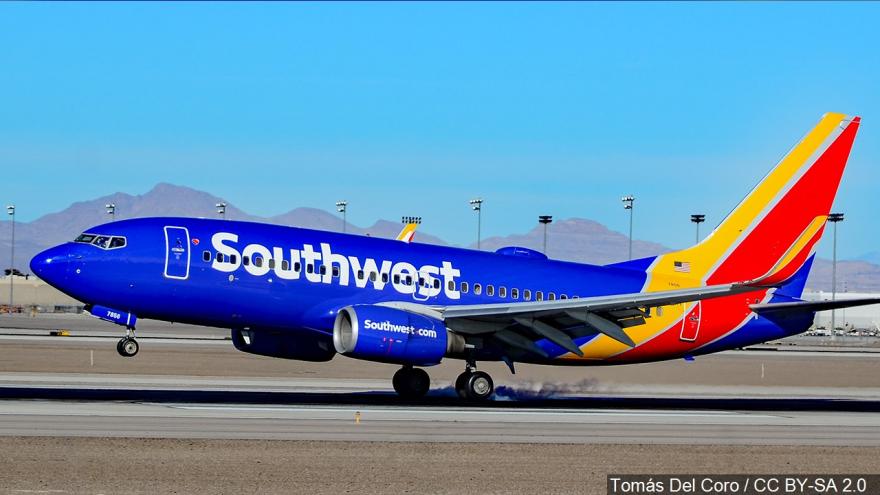 (CNN) -- Peanuts have long been the snack du jour for Southwest Airlines, years before it became one of the largest airlines in the United States.

While some customers may mourn the loss of the iconic travel snack, the airline will stop offering peanuts on all flights as of August 1 "to ensure the best on-board experience for everyone, especially for customers with peanut-related allergies," the airline said in a statement.

"Our ultimate goal is to create an environment where all customers -- including those with peanut-related allergies -- feel safe and welcome on every Southwest flight," the airline added.

Peanuts have long been part of the culture of Southwest Airlines and the airline industry generally. Southwest has offered them off and on since the early 1970s and consistently since about 1980, a spokesman told CNN.

Not to worry. Southwest fans will still get free snacks.

Depending on the length of your flight, the airline will continue to offer some of the following snacks: pretzels, different kinds of cookies, veggie chips and corn chips.

Customers with peanut and peanut-dust allergies can still indicate their allergies when booking their flights and at the airport, and they may opt to board early to wipe down their seats and tray tables.

It's no surprise that the National Peanut Board, a peanut industry group, disagreed with the airline's decision.

"We were disappointed to learn about Southwest's decision to stop serving peanuts, which even the airline considers an iconic part of its history and DNA," the board said in a statement.

"It is an unnecessary step that will disappoint many of Southwest's customers. It is also out of sync with the latest science, which shows education and preparation -- such as allowing passengers to pre-board flights to wipe down their seats -- do the most to benefit the one percent of Americans with a peanut allergy."

Other US airlines have struggled to deal with the issue of nut allergies.

American Airlines doesn't serve peanuts, but it does serve other nut products and will not allow passengers to board early to clean their areas. "We strongly encourage those with allergies to take all necessary medical precautions before flying," American says on its website.

United Airlines doesn't serve prepackaged peanuts on its flights either, but it also cautions that it can't guarantee a nut-free environment.