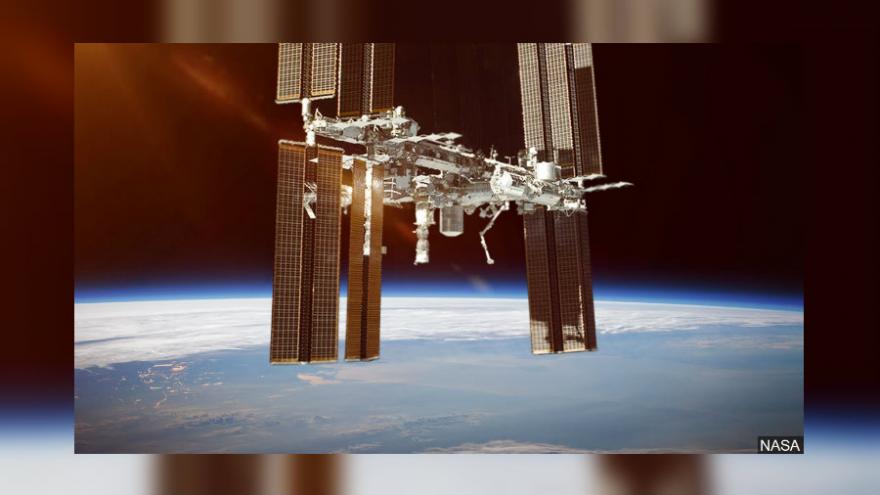 The Dragon capsule pulled up at the orbiting lab three days after launching from Cape Canaveral. Commander Alexander Gerst used the space station's big robotic arm to grab the cargo carrier, as the two craft soared 250 miles above the Pacific.

It took two tries to get the Dragon close enough for capture.

NASA called off the Dragon's first approach because of trouble with the communication network that serves the space station. Equipment failure in New Mexico for NASA's Tracking and Data Relay Satellite system resulted in a temporary loss of communication with the station. For safety, Mission Control ordered the Dragon to back up.

It was a successful take two — just an hour-and-a-half late — after NASA switched to another TDRS satellite.

The bolted-down Dragon holds everything the station astronauts need for Christmas dinner, as well as mice and worms for science experiments, and more than 5,000 pounds (2,270 kilograms) of station equipment.

Three of the space station residents will be on board for Christmas; the other three will return to Earth on Dec. 20. Until then, the station is home to two Americans, two Russians, one Canadian and Gerst, who is German.

It is the second space station visit for this recycled Dragon; it was there last year, too.

The first-stage booster used in Wednesday's launch is back at port, after landing at sea instead of Cape Canaveral. SpaceX towed the booster to shore for possible future reuse, as well as for an investigation into what went wrong.

SpaceX has been making station shipments for NASA since 2012. This is its 16th delivery under contract.

Two other supply ships are attached to the space station: One Russian and the other sent by NASA's other commercial shipper, Northrop Grumman.