SpaceX is sending barley to space for Budweiser research 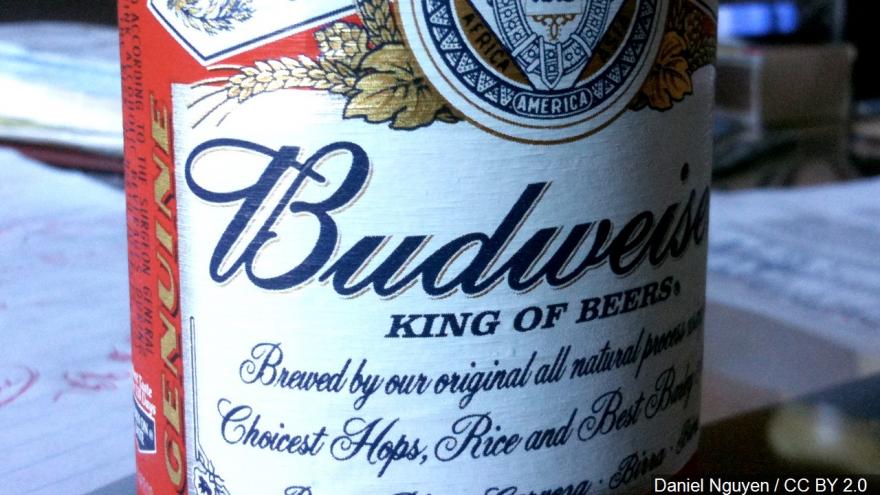 (CNN Money) -- SpaceX is sending barley seeds on a round trip mission to space in the name of better beer -- and some brand cool for Anheuser.

It's part of a research project backed by Budweiser, which says it wants to develop the first beer that space foragers can drink on Mars.

The launch is slated for liftoff from Cape Canaveral's Air Force station on Tuesday at 11:46 a.m. ET.

It's part of SpaceX's ongoing partnership with NASA to complete unmanned trips to the International Space Station. Each trip sends supplies for the crew and scientific experiments.

Six people are currently on board the space station -- three NASA astronauts, two Russian cosmonauts and one Italian astronaut.

Budweiser's plan to brew space beer may sound like a gimmick. Indeed, the funding for the project is coming out of Budweiser's marketing budget, according to Ricardo Marques, the company's vice president of marketing. He declined to say how much the experiment cost.

He says space travel "is becoming a trending hot topic," and he didn't shy away from conceding that's part of what draws marketers in. But, he added, "there's a lot of scientific horsepower behind this experiment."

Mike Roberts is the deputy chief scientist at CASIS, which manages the space station's U.S. research lab. His team helps vet which cargo is worthy of making the risky and expensive trek to space.

He told CNNMoney in an interview last week that the barley experiment will add to a series of projects the space station has hosted -- all aimed at learning more about crops and how to better grow them back here on Earth.

"With global warming and other things coming our way, there's drastic changes for our access to nutrients," he said.

The barley seeds slated to fly on Tuesday will stay on the space station for about one month before they are sent home to be analyzed. The goal is to study how they react to the micro-gravity environment in space.

That will give scientists a better understanding of barley's plant biology -- lending some potentially valuable information about growing healthy crops on Earth, Roberts said. It'll mark the first time barley seeds have been the focus of a space station experiment.

Budweiser says this will be the first of many excursions it plans to back. And, eventually, the newly gleaned information could inform how the company will make brewskis for Mars.

The company pledged to make "the first beer on Mars" earlier this year at the South by Southwest festival in Austin, Texas.

Marques, the marketing executive, says the company wants to be known for "being bold, pushing the boundaries."

"We're looking to simply learn more, explore our agenda. It's great that we can connect with the passion of our drinker," he said before adding, "And we've been watching Star Trek for years."