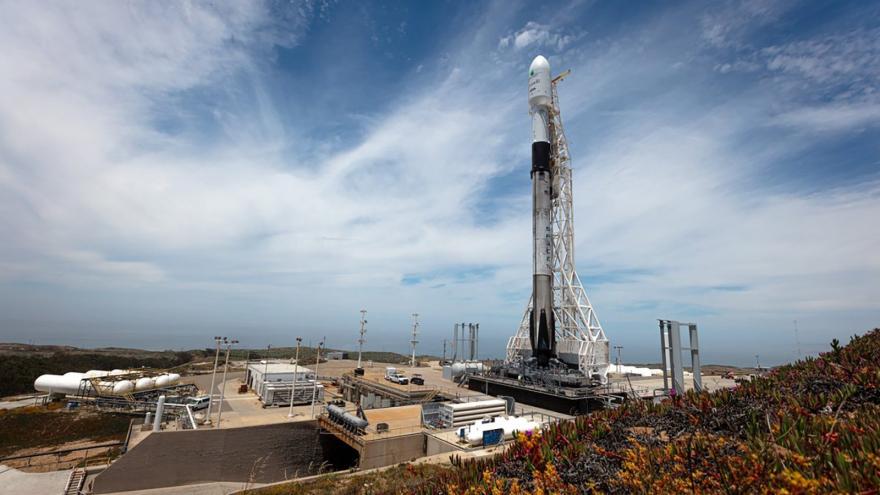 The Falcon 9 is slated to lift off from Vandenberg Air Force base in California, with a 13-minute launch window that begins at 10:17 am ET. Source: SpaceX/Twitter
By Jordan Valinsky, CNN Business

(CNN) -- SpaceX on Wednesday launched a trio of satellites for the Canadian government.

The company's Falcon 9 lifted off from a foggy Vandenberg Air Force base in California at 10:17 am ET.

The rocket is the same one used during a March test mission of SpaceX's new spacecraft that's built to carry humans, the company said. The first stage booster was expected to return to Vandenberg about 10 minutes after liftoff.

The rocket is carrying the RADARSAT Constellation Mission, and consists of three satellites for the Canadian Space Agency.

Data pulled from the satellites will be used for a variety of information, including monitoring climate change, ice melt and maritime surveillance to help the country's defense force, according to the agency's website. Images taken by the satellites will also help emergency services respond to severe weather situations, such as flooding and earthquakes.

SpaceX is the only rocket company that safely lands boosters after launching orbital missions. Its ability to recover boosters is a key selling point, since the company says reusable hardware helps reduce launch costs.