SpaceX to lay off 10-percent of its workers 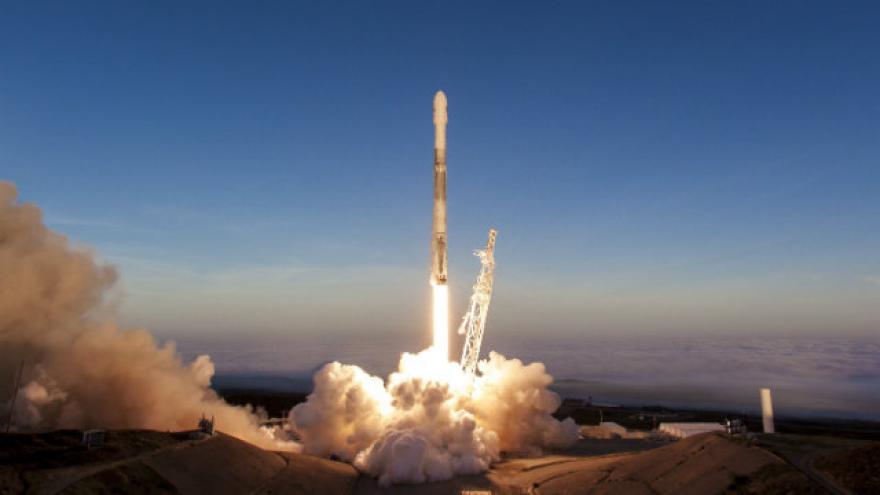 A project aimed at improving satellite communications with Earth is one launch away from completion. SpaceX has announced the company will be laying off 10% of its 6,000-person workforce, even though its finances are considered in good standing. Photo courtesy SpaceX

(CNN) -- SpaceX is laying off 10-percent of its 6,000-person workforce as it tackles two hugely expensive projects.

Elon Musk's rocket company said its finances are healthy, but that it needs to make cuts so its most ambitious plans can succeed.

"To continue delivering for our customers and to succeed in developing interplanetary spacecraft and a global space-based Internet, SpaceX must become a leaner company," the company said in a statement. "Either of these developments, even when attempted separately, have bankrupted other organizations. This means we must part ways with some talented and hardworking members of our team."

"We are grateful for everything they have accomplished and their commitment to SpaceX's mission," the company said. "This action is taken only due to the extraordinarily difficult challenges ahead and would not otherwise be necessary."

The layoffs were reported earlier Friday by the Los Angeles Times.

SpaceX has a booming business conducting uncrewed resupply trips to the International Space Station through contracts with NASA. The company also delivers satellites to orbit through contracts with the US military and commercial firms. SpaceX, along with competitor Boeing, are supposed to start flying astronauts to the ISS for NASA sometime this year.

The company earns tens of millions of dollars per launch. SpaceX was recently valued at $30.5 billion after initiating a $500 million equity sale in December. The company also took on about $250 million in debt last year in its first loan sale, according to the Wall Street Journal.

But SpaceX's new products are expected to cost billions to develop.

SpaceX plans to use the technology to fly tourists to space and, potentially, one day send humans to Mars. Musk said last year that Japanese billionaire Yusaku Maezawa made a "non-trivial" — but undisclosed — deposit to one day take himself and six to eight artists on a trip around the moon. Musk predicted that trip could occur as soon as 2023.

SpaceX is also developing a constellation of satellites that could one day beam high-speed internet down to the Earth. SpaceX Chief Operating Officer Gwynne Shotwell said during a TED Talk last year that she expects the satellite constellation to cost about $10 billion to deploy.

The company has already made headway on both projects.

Two Starlink demo satellites were deployed last year, and SpaceX intends to deploy the first operational satellites — to eventually join a constellation of thousands — sometime in 2019.

And Musk recently shared images of an operational model for Starship that he plans to use to conduct short "hop" test flights this year at a facility in Texas.