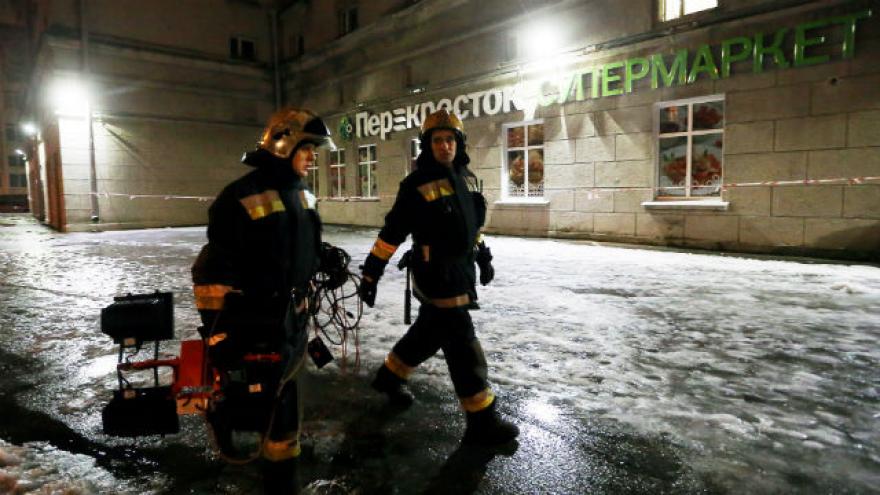 Firefighters outside a Perekrestok supermarket in St. Petersburg where an explosion injured 10 people on December 27, 2017. Photo courtesy Alexander Demianchuk/TASS Via Getty Images

(CNN) -- More than a dozen people were injured in an explosion at a St. Petersburg supermarket Wednesday, according to Russian state media.

President Vladimir Putin called the blast a "terror attack" during an address to military officers Thursday in Moscow, calling for a full investigation.

Preliminary data shows that an explosive device found at the scene contained 200 grams (7 ounces) of TNT, state-run RIA news agency reported. The device was inside a locker at a chain supermarket called Perekrestok, located in an entertainment complex.

Tass reported that the Investigative Committee of the Russian Federation has opened a criminal investigation into the explosion, citing Svetlana Petrenko, an official representative for the committee.

The city has been a target for at least one other explosion this year. Fourteen people were killed and dozens more were injured on April 3 when a suicide bomber detonated explosives in the city's metro system.

The April explosion, which has been linked to terrorism, occurred on a passenger train traveling through a tunnel in the center of the city.