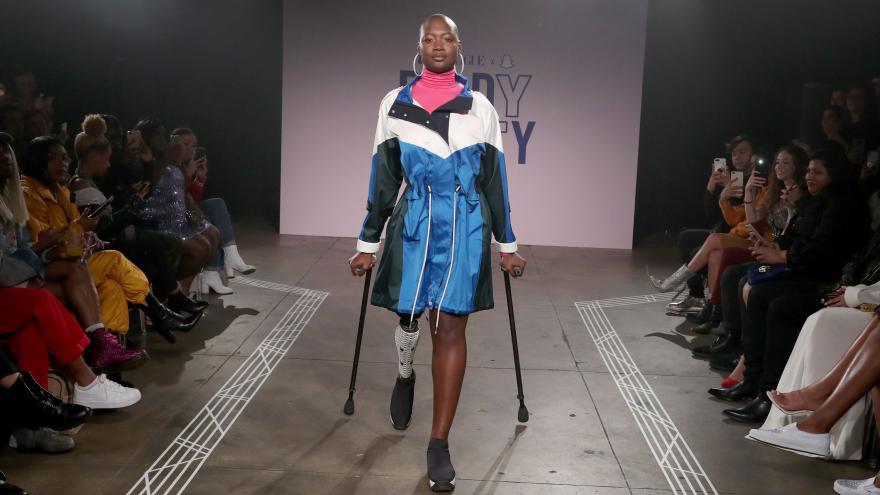 (CNN) -- Celebrities have led tributes to model and activist Mama Cax, after it was announced that the Haitian-American model died earlier in the week.

"It is with deep regret and immense sadness that we announce the passing of Cacsmy Brutus (Mama Cax)," a post on Cax's Instagram on Friday read, adding that the model died on Monday following a week in hospital.

In an Instagram post shared last week, Cax told her followers that she had discovered blood clots in her leg, abdomen, and near an IVC filter near her lungs, which had been placed there during previous cancer treatment.

"Mama Cax spent the past week in the hospital, and unfortunately, on Monday December 16, 2019, she left this world," the post, published Friday, read.

"To say that Cax was a fighter would be an understatement. As a cancer survivor, she had grown accustomed to taking on life's several challenges head on and successfully. It is with that same grit (fervor) that she fought her last days on earth," the post continued.

Actress Jameela Jamil paid tribute to Cax on social media, describing her as "the most extraordinary role model."

"My beautiful friend was the most extraordinary role model. Mama Cax was a cancer survivor, model, amputee, and activist. She was sent home TWICE prematurely by our underfunded NHS and died in her hotel room. This happens so often now in the UK, especially to young black women," Jamil posted on Twitter.

Singer Rihanna also paid condolences on Twitter, writing: "A queen. A force. A powerhouse beauty that brought her strength to the @savagexfenty stage this year inspiring so many across the globe. Rest In Power sis @mama_cax."

Cax, who used a prosthetic leg, walked the first ever White House fashion show in 2016, and was an advocate for inclusivity within the fashion industry.