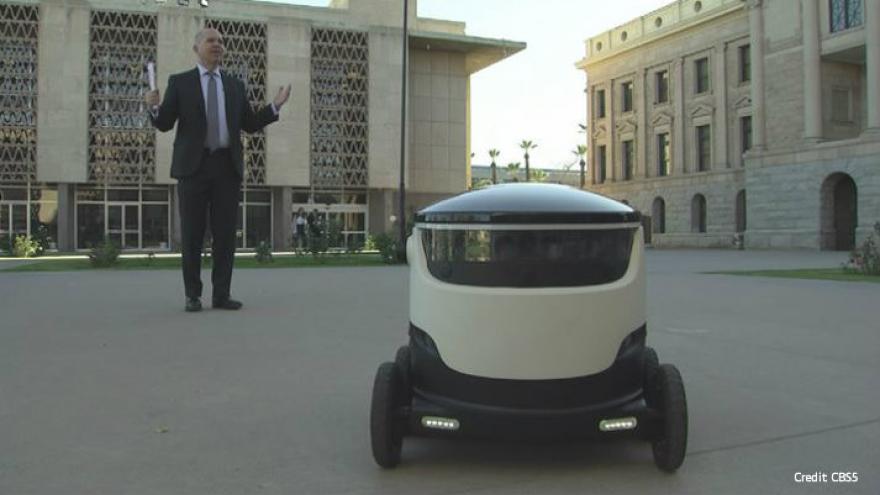 A bill to authorize “personal delivery devices” in Arizona advanced through the House Transportation and Infrastructure Committee Wednesday on an 8-0 vote. The bill will head to the full House floor.

“We deliver packages, food, groceries. Anything that will fit in the device, we'll deliver it. It's essentially an ‘Uber for Things,’” said David Catania of Starship Technologies.

If the legislation passes, Arizona would become the sixth state to adopt a statute for delivery robots, following Virginia, Idaho, Florida, Wisconsin and Ohio.

Catania says the devices are designed for short deliveries of 2 miles of less. It sounds simple, but in the world of transportation those “last-mile deliveries” are the most expensive, energy-intensive and inefficient, he said.

“What it is doing is creating high-tech jobs, and quite a few actually,” she said. “You need to have somebody build them. You need to have them maintaining the machine. The operation of the machine, the guy that monitors it from the computer screen.”

Although the robots largely operate autonomously, Catania said the machines send alerts to a remote human operator when they encounter something unusual.

Starship brought one of its robots to the House committee hearing. So how does the “Uber of Things” leave the Capitol?

In an Uber, of course.