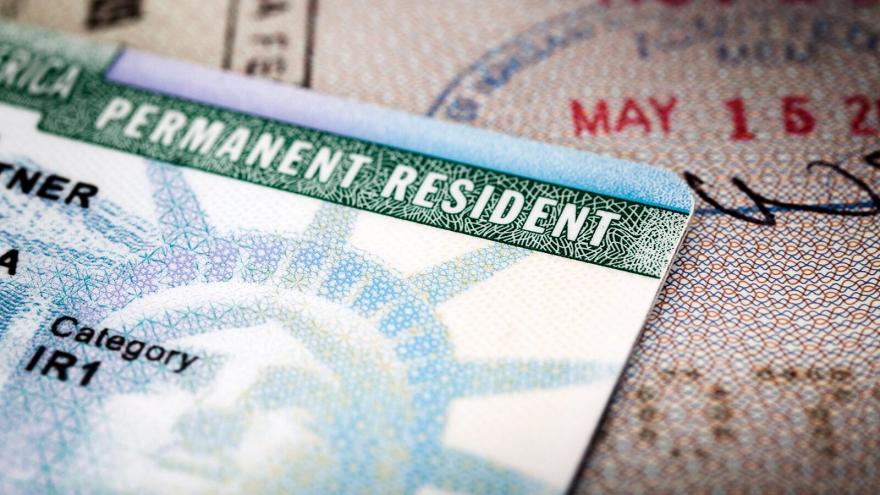 The State Department on Saturday announced the winners of the 2022 Diversity Immigrant Visa Program, also known as “The Green Card Lottery.”

(CNN) -- The State Department on Saturday announced the winners of the 2022 Diversity Immigrant Visa Program, also known as "The Green Card Lottery."

The program benefits upwards of 55,000 people per year, allowing winners to apply for visas from countries with lower levels of immigration to the US.

This year's program has taken on new meaning as restrictions put in place by former President Donald Trump were struck down by President Joe Biden. In 2017, Trump took a series of actions aimed at barring individuals from Muslim-majority countries from coming to the United States. The one that was ultimately allowed to take effect -- Presidential Proclamation 9645 -- placed varying levels of restrictions on foreign nationals from eight countries: Chad, Iran, Libya, North Korea, Syria, Venezuela, Somalia and Yemen.

On his first day as president, Biden issued a new presidential proclamation -- "Ending Discriminatory Bans on Entry to the United States" -- that ended the restrictions under Presidential Proclamation 9645.

"Pursuant to President Biden's proclamation, the State Department will undertake a review to ensure that individuals whose immigrant visa applications were denied on the basis of the suspension and restriction on entry imposed by P.P. 9645 or 9983 may have their applications reconsidered," the department's Bureau of Consular Affairs, which handles visas, says on its website.

According to State Department data, tens of thousands of applicants for immigrant visas -- including diversity visa applicants -- were refused visas in fiscal years 2017, 2018 and 2019 under the Trump administration's policy.

Visa lottery entrants can check the status of their application at the Department's Bureau of Consular Affairs website.

The Diversity Immigrant Visa Program awards up to 55,000 individuals per year a visa for a green card, which bestows permanent residency in the US and is a path to citizenship.

Visas are awarded by random selection in select countries to qualified people to promote immigration from countries with low levels of immigration to the US.

Individuals in countries that are determined by a formula to have a low enough level of immigration to the US can apply for the visas at certain times each year. Most of the lottery recipients live outside the US, but a few are in the US legally on other visas.

According to the formula set out by law, countries that have had more than 50,000 natives immigrate to the US in the previous five years are ineligible.

The visas are distributed further by regions: Africa, Asia, Europe, North America (other than Mexico), Oceania, South America, Mexico, Central America and the Caribbean. The program is run by the State Department.

While individuals are selected for visas randomly, they still must meet security and eligibility requirements that all immigrants must clear to actually get their visas.

Diversity recipients specifically must also have at least a high school education or equivalent and must have had at least two years of experience working a job that requires at least two years of training or experience within five years of the date of the application. They must also be admissible to the US -- categories of inadmissibility to the US broadly include terrorism connections.

"In order to immigrate, DV selectees must be admissible to the United States," a State Department information handout for applicants states. "The DS-260, Online Immigrant Visa and Alien Registration Application, electronically, and the consular officer, in person, will ask you questions about your eligibility to immigrate under U.S. law. These questions include criminal and security related topics. "

How did it get started?

The program was established in a bill passed in 1990 known as the Immigration Act. Senate Minority Leader Chuck Schumer -- then a New York congressman -- was one of 31 co-sponsors of the House version of the bill, spearheaded by then-Rep. Bruce Morrison, a Connecticut Democrat.

Schumer was credited with the concept of giving visas to countries with low admission rates to the US, which he developed in a different bill that he sponsored that was rolled into the broader law.

Morrison also promoted the bill as a way to legalize Irish immigrants, according to a 1990 report in The New York Times and an analysis of the development of the program from the group NumbersUSA, which advocates for sharp cuts in overall immigration.